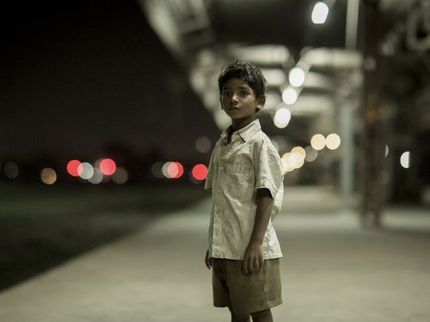 On its surface Lion is little more than awards bait, the kind of saccharine, melodramatic mess that gets trotted out to garner attention and weepy audiences. With the powerhouse Weinsteins behind the project, along with a retinue of actors such as Dev Patel, Rooney Mara and Nicole Kidman, it’s got just enough name recognition to bring out audiences, just enough of a sob story to leave audiences sated, just a simple enough narrative to please without offending.

Yet all this is of course the entirely cynical read, no matter how justified. So delving in a bit further, it’s fair to suggest that it’s not all an appalling mess. In fact, for a good chunk of the film it’s actually quite good.

As it goes along one can almost feel a sense of hope that this story will be told gracefully and without resort to pandering, but that quickly disperses with an awkward jump in time. As Dev Patel takes over, his charms cannot overcome the fact that he has even less to work with on an emotional level. It’s as if the child has the complex and rich emotions of an adult, yet the older version is petulant, narrowly focussed and dour, feeling tantrum-like in his responses to his obsessive quest. Mara’s understanding girlfriend role feels equally simplistic, while Kidman’s transition from Annie perm to long-suffering mom is equally heavy handed.

So, yeah, it all pretty much culminates in ways you kind of figure it would once you hear this the story of an orphan trying to reconnect with his past, and with the swelling music and sun-dappled photography the last act feels less like the wrap of a cinematic adventure than some sort of daytime television trifle.

So yes Lion ends up as little more than an excuse to take audiences through an emotional wringer, and given the numerous accolades (from TIFF’s “People’s Choice” runner up to the egregiously named “Truly Moving Picture Award” at the Heartland Film Festival) it certainly works for many that want their sadness to find sunlight and to enjoy the ups and downs of such and adventure. Yet even for the jaded there are still parts of the film to respect, to laud its early acts as effective and moving even if one may be mildly ashamed of where it all ends up.

The roar for Lion will grow as awards season picks up, and expect many to both celebrate and denigrate it in equal measure. A fairer approach may be to recognize it’s pretty good at doing what it wants (namely: eliciting cathartic tears from welcoming audiences) while even for those immune from many of its charms they may find something to admire in the telling. For those not quite swayed by the melodrama, this toothless beast may prove hard to fully embrace.