Black Nights 2016 Review: ANATOMY OF VIOLENCE, The Pain of a Terrible Crime 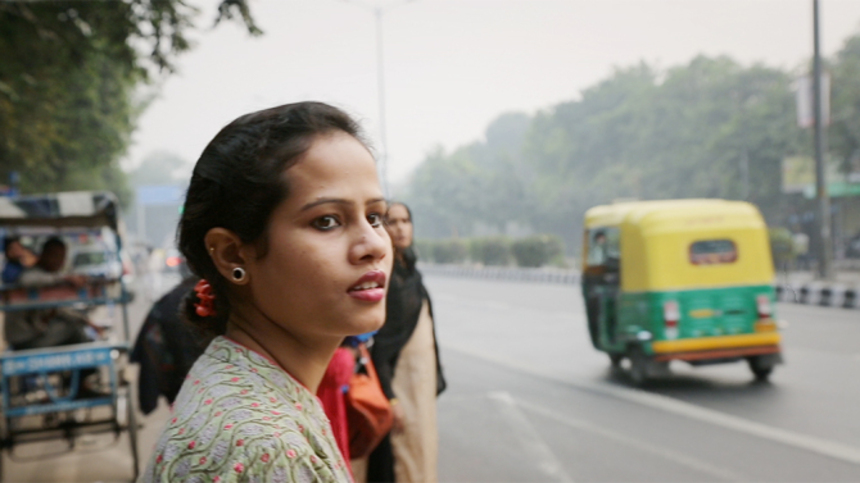 In 2012, a young medical student, Jyoti Singh, was gang-raped and brutally beaten by six men on a bus in New Delhi, later dying of her injuries. This sparked a nation-wide protest, with thousands calling on the government, and Indian society, to treat rape as the serious crime that it is. Indian-Canadian director Deepa Mehta, known for her more straightforward dramas and comedies (Bollywood/Hollywood, Water), takes a different direction in her experimental docudrama Anatomy of Violence, an imagined examination of the victim and perpetrators of the crime, their psychology and motivations.

The film tells the story of the six rapists, telling each of their stories in moments from childhood and young adulthood, including the day of the crime. Interspersed is the story of the victim, renamed Janki. Rather than reenact in the crime (and thankfully so, as it is unnecessary), the film instead seeks to highlight the social and cultural environment of all involved, and especially how the men would come to believe that such a crime is allowable and even inevitable to them.

Mehta and her actors used theatre improvisation techniques to develop the story of these men and Janki. This staging might read on paper as inauthentic, but it has the opposite effect: it allows the actors freedom to explore, and for the spectator to see themselves in both perpetrators and victim. A large-scale, high-budget production would have been too glossy and taken away from the serious, real problems that exist in any society that treats women like so much chattel. We must be on the ground, so to speak, with these characters.

Mehta and her male actors ask us to understand, but it is not in an effort to excuse their actions. But as one of them was abused as a child, another molested by a female neighbour, another behaved like a spoiled child: all have different upbringings, but as the film slowly reveals, each lives in a culture that allows that they, since they are men, still have a superiority even if they are economically and socially outcasts. The same actors play the roles as children and adults, adding to this concept of how boys and men are treated and seen. (And this is not to suggest at all that this behaviour is solely within India; as we've seen all too well of late, dismissal of male sexual violence towards women is a worldwide epidemic).

The film is given a cinema vérité style, with Mehta and cinematographer Maithili Venkataraman use handheld camera work, off-centre framing and autofocus to keep the spectator involved as if they are a part of this society as well; as well, the grainy look and shoot-on-the streets- style keep this story firmly where it should be, in the here and now. This kind of immersion in the story is uncomfortable and often painful to watch; but that is deliberate. It *should* be painful to see Jinka, to get to know her, knowing her fate; it should be deeply uncomfortable to see how these men behave, knowing what actions they will take and how even a slightly different perspective could have stopped them.

This is a deeply uncomfortable film, and in many ways not even a satisfying one; nor should it be given the story. But Mehta takes an important risk by eschewing her traditional style for one that highlights the crime and those behind it, to understand how it happened, and it is a risk that pays off.

Do you feel this content is inappropriate or infringes upon your rights? Click here to report it, or see our DMCA policy.
Anatomy of ViolenceDeepa MehtaDocumentaryCrimeDrama