AN AMERICAN WEREWOLF IN LONDON: Max Landis is Remaking His Dad's Cult Classic 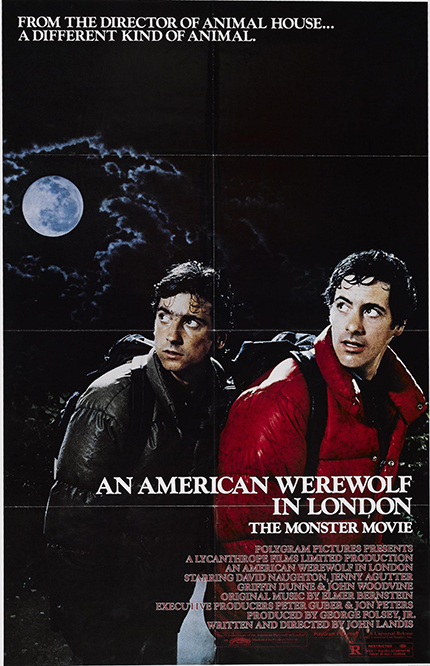 Deadline has just dropped a huge bomb on fans of John Landis' cult classic An American Werewolf in London. He is passing on the remake rights to his son, Max, his 'hair' apparent if you will. Landis the Younger will rewrite the remake and direct according to the report.

The film is being produced by The Walking Dead's David Alpert and Robert Kirkman. John Landis had secured the rights for his 1981 horror comedy with An American Werewolf in Paris filmmaker, Anthony Waller. John Landis will executive produce his son's film.

The original film, loved by genre fans around the world, (Landis was just at the Morbido Film Festival to celebrate the 35th anniversary of this film and his career) told the story of two young American lads who run afoul of a werewolf while hiking in England. David Naughton's character David Kessler returns to central London where he transforms into a werewolf. Chaos and hilarity ensued.

Do you feel this content is inappropriate or infringes upon your rights? Click here to report it, or see our DMCA policy.
An American Werewolf in LondonIs Nothing SacredJohn LandisMax LandisRemake