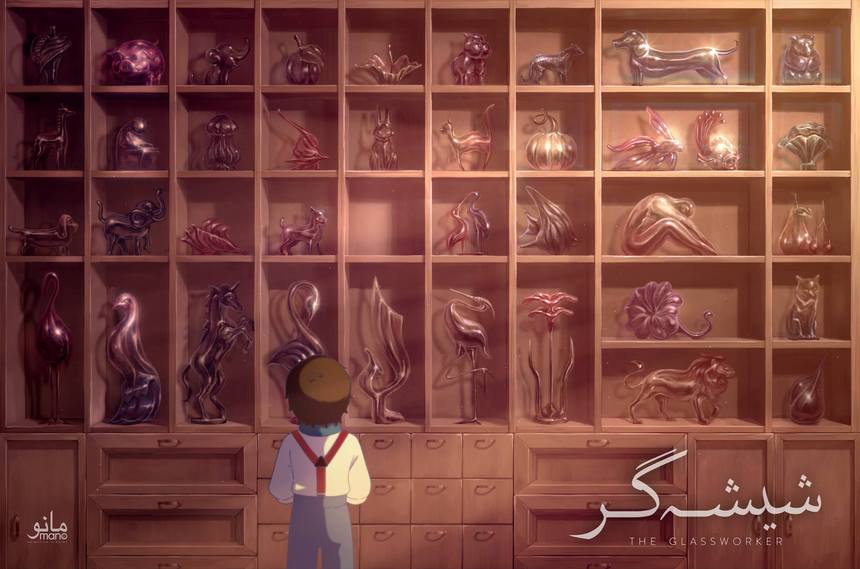 Of all the thousands of movies I've seen in my life, I can say that this is the first time I've ever seen Pakistani animation, and I'm happy to say that it looks pretty damn solid. I've tried to keep my ear to the ground as much as possible, though it's only a couple of times a year that I get an opportunity to check out something new from the country. This morning, however, I came across an image from a brand new Urdu-language animated feature titled The Glassworker.

The Glassworker is the first feature from musician/director Usman Riaz and Pakistan's first hand-drawn animation studio, Mano Animation Studios. The film was crowd-funded earlier this year and the team is shooting for a release in 2017. The animation certainly owes a huge debt to the traditional anime style of Japan, landing somewhere in between the dreamy visuals of Makoto Shinkai and the romantic nostalgia of Miyazaki's Ghibli features, but hopefully as the film gets a bit more fleshed out it will begin to find its own voice.

In any case, it's always exciting when a new player enters the film industry, and I'm excited to see what Pakistani animation will have to offer. The trailer is gorgeous, and the animation looks very solid to me. Check out the synopsis and trailer below and let us know what you think:

The Glassworker (شیشہ گر) is a film by Mano Animation Studios, directed by Usman Riaz.
A coming-of-age story about two children from separate walks of life, set in the fictitious Waterfront Town. Vincent is an apprentice Glass Blower learning from his father in their Glass Shop. Alliz is a prodigious violinist striving to find her own unique voice on the instrument.
The film will comment on the affects of war on children and follow both characters through their formative years as life gets more complicated and inhibits their friendship.
Mano Animation Studios is Pakistan's first hand drawn animation studio. The team comprises of upcoming creatives from Pakistan and extends to Malaysia, Canada, South Africa, United States and the UK.
Backed with $116,000 on Kickstarter, Mano Animation Studios are currently working on the first 10 minutes of their feature film, expected in 2017.
Tweet Post Submit