Review: THE UNSPOKEN, In Search of Scares

Jodelle Ferland and Neal McDonough star in THE UNSPOKEN, a thriller directed by Sheldon Wilson. 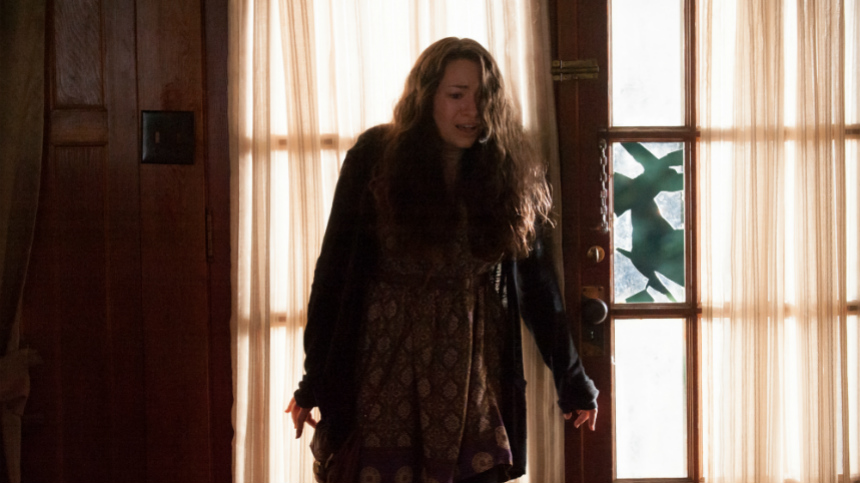 Jump scares aplenty haunt The Unspoken, a movie that is populated by menacing men and weak-willed women.

Rather confusingly, it's set in the modern day. A period setting might have explained better the brutish bullies and fearful females who fill out the main cast. In any event, after a prelude that is meant to establish the reason why a small town in upstate New York is still frightened of an isolated house located beyond its outskirts some 17 years later, Angela (Jodelle Ferland) is introduced.

Angela's father (Lochlyn Munro) has been laid off for months and his job prospects do not look good. As the only child of a single parent, Angela realizes she needs to help out and so agrees to meet Mrs. Peterson (Pascale Hutton) about a possible job. Mrs. Peterson has just moved into the 'haunted' house with her 9-year-old son Adrian (Sunny Suljic) and housekeeper Portia (Rukiya Bernard), and so is not terribly concerned about stories of the house being 'haunted.' 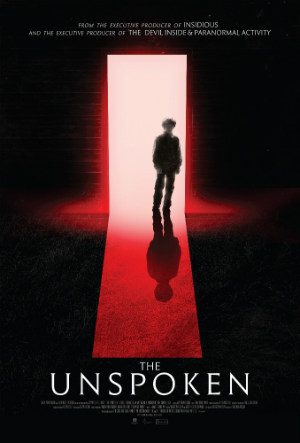 All these events unfold in a deliberate fashion that is, unfortunately, dismal and disheartening to endure. The pace is so sluggish that it's BOO! understandable why BOO! so many BOO! fake scares BOO! are inserted BOO! into the movie, not through BOO! anything surprising BOO! arising, plot-wise, but BOO! through the use of BOO! loud music cues.

As one (non-spoiler) example, Pandy has an encounter with her boyfriend and his buddies; she wants to know why the old house is important to them and they are not immediately forthcoming. But she wants to know! And boyfriend is reluctant! If I tell you, you'll be sorry! Etc.

Later, the plot takes a particularly odious turn towards serious violence, not for any well-motivated or understandable reason, but just because certain characters are really, really stupid. (I suppose. I'm still not sure.) By that point, I had long before checked out from any emotional involvement and had to have another cup of coffee so I could pay attention to how things wrapped up.

Sheldon Wilson, who wrote and directed, puts forth a game effort to tell a cohesive story and so do the actors. (Neal McDonough makes what is, essentially, a cameo and commands attention for the few minutes that he's on screen.) What's missing, however, is an authentically unnerving atmosphere that could breed fear or suspense, leaving The Unspoken to flail about in search of scares.

The Unspoken will be available on DVD December 6, 2016 from Anchor Bay Entertainment.