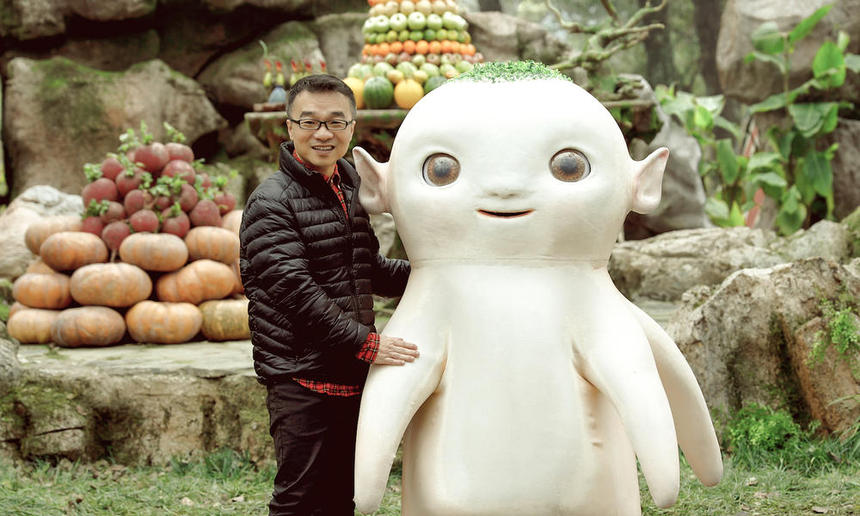 On its face, Raman Hui's 18th century short story adaptation, Monster Hunt, may seem like a kids' movie not worth all the hype. That said, if that's the basis for your abstinence from seeing it either this year or last year, you couldn't be more wrong and its status as China's highest grossing film of all time notwithstanding, the film tells one of the most heartfelt, exciting and compelling stories you'll ever see on screen and with fun action sequences to boot as well from a script by Hui and co-scribe Alan Yuen.

This, plus the CG fare and adorable creature lore, should bode well for anyone simply looking for something fun to watch be it a family affair or not, and it's definitely worth a rental at that; You would be wise at the very least to catch it as a preamble for the sequel now underway in Beijing according to Variety. Chongqing Hot Pot star, actress Bai Baihe is returning with Rise Of The Legend co-star Jing Boran following the first film which saw a bumbling village mayor accidentally impregnated by a Monster Queen's egg. Upon its hatching, he reluctantly pairs up with an aspiring monster hunter to protect the young creature whose royalty could very well determine peace amid the civil unrest and rift between the monster and human worlds.

The film marked Hui's debut as director after serving as supervising animator and lead character designer for films such as Dreamworks’ Antz, Shrek and Shrek 2, and as co-director for Shrek The Third, among others. Bill Kong is back and producing the film as well through Edko Films and plot details are underwraps while more casting announcements and updates following its attendance next month at the American Film Market remain pending.

Do you feel this content is inappropriate or infringes upon your rights? Click here to report it, or see our DMCA policy.
Bai BaiheJing BoranMonster Hunt 2raman hui