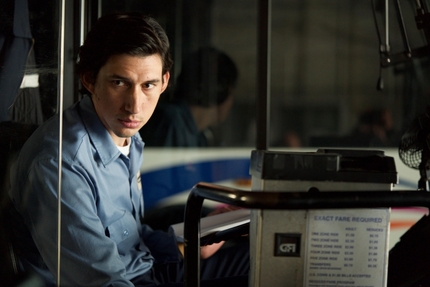 Jim Jarmusch’s Paterson, a lyrical drama that pivots around a bus driver who moonlights as a poet, looks uniquely intriguing even from his earlier works; which, if you think about it, is only the filmmaker being consistent. In the case of the new film, plenty of room seems to have been left for contemplation and thought, a feat that’s packaged perfectly in a transporting two-minute trailer which has just recently been released.

Adam Driver portrays the role of the driver-poet, who roams the streets of his hometown whose moniker he shares (Paterson, NJ). Driver’s performance had been the subject of many reviews from the critical rave the film had received when it premiered at Cannes this year.

The film is getting a theatrical release in the U.S. late December; are you excited? Let’s discuss in the comments!

Do you feel this content is inappropriate or infringes upon your rights? Click here to report it, or see our DMCA policy.
Adam DriverCannes Film FestivalJim JarmuschPaterson