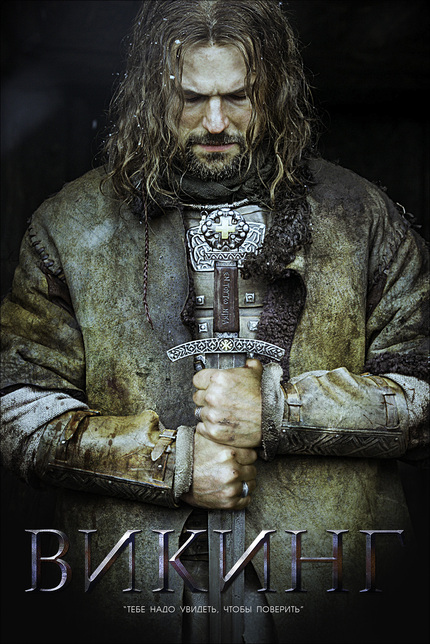 Nearly a year ago - back in November of 2015 - we were smacked upside the head by the trailer for Andrey Kravchuk's Viking, a new historical epic from the producers of the international hit Night Watch movies. Thought that trailer was very much an early tease, meant to attract attention more than a year before the actual release date of the film, it was already packed to the gills with absolutely astounding footage that did a lot more than just whet the appetite. It left us positively ravenous.

History is a symptom of our disease. From the time of heavy swords and dark laws of blood, when the pressure of great chaos gave rise to heroes. From the Dark Ages came the story that changed the world forever.

With the Russuian release of the film now nearing - it's coming in December - the marketing campaign has now kicked off in earnest with a new trailer that continues to show off the grand scale of the film while also packing in quite a lot of information about the characters and story. And, happily, one of our Russian readers - thanks Maximov! - has sent it to us in a subtitled version. Check it out below!