Venice 2016 Review: KING OF THE BELGIANS Could Be The Crowning Glory of Orizzonti 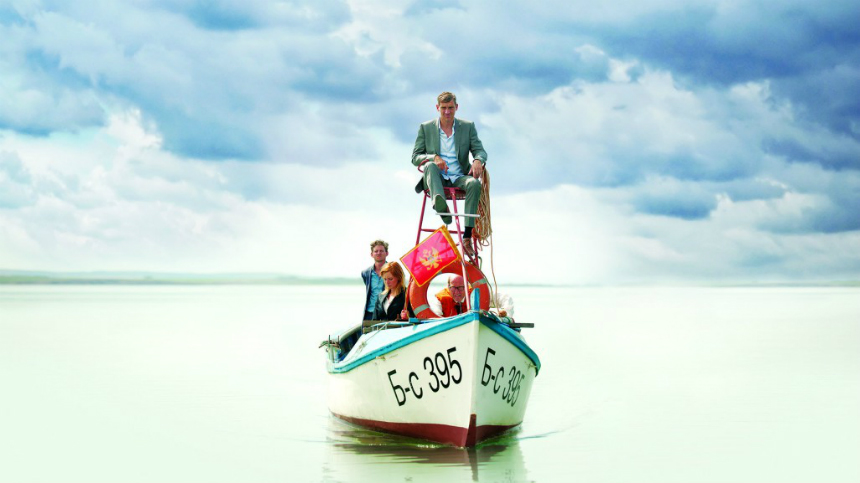 It's still early days, but Peter Brosens’ and Jessica Woodworth's tag team effort on the rib-tickling mockumentary King of the Belgians could well be one of the finest films of the 73rd Venice Biennale. With great alacrity, this extremely funny movie pictures a world where a Scotsman (Pieter van der Houwen) is hired to make an official documentary about the incumbent King, fictionally transformed into Nicolas III. Or, at least, that’s certainly how the scene starts.

Boozey documentarian Duncan Lloyd captures a royal visit to “Mini Europe,” a quirky Belgian model village that recreates Europe’s major sights. But a transferal of this model village to Turkey as a symbolic demonstration of the Belgium’s commitment to integrating Turks into the European Union soon spirals into an epic voyage of farce. This fantastically ludicrous premise is also continuously heightened by the fact that the king’s entourage continually chafes and verbally cudgels the filmmaker into capturing more suitable versions of the king.

An almost laughably unimportant documentary therefore becomes treated with a censoriousness that probably even North Korea would admire, and the result is a mockumentary that verges on the cut-throat brilliance of The Thick of It. Certainly, it falls short of that classic show, but this movie does also do something quite different. That’s because King of the Belgians is actually The Thick of It meets Road Trip, and the consequences prove that the collaboration between the Belgian-born Brosens and the American Woodworth continues on bearing great fruits.

Upon the king’s visit to Turkey, things go very wrong and the Wallonians declare independence in a movement aptly named “We Are Fed Up.” A bizarre solar phenomenon also prevents the diplomatic entourage from swiftly returning home by plane, and what follows is then a real tour de force of inter-European gags that will have some curling up in their seat. The royal collective is also forced to give the Turkish authorities the slip by dressing up like a Balkan women’s music group travelling to Bulgaria, and their clownish voyage continues across Europe in a number of guises, often playing with stereotypes, but never in a way that seems particularly malicious.

King of the Belgians is never limited purely to European satire, either. There’s a number of excellently scripted jokes across a wide variety of languages and a healthy amount of carefully edited punch lines. The way this comedy is framed is equally often beautiful -- and how often can you say that about a comedy? The skewed, jerky shots that result all serve to reinforce this idea of a documentary being caught on the run, and every single scene seems to be laid out with absolute precision. Everything on screen has its own place, and every object and character sits in a carefully chosen spot to enhance the film's funny, stuffy atmosphere.

Equally, there’s some really great meta-film moments, where your attention is repeatedly and smartly drawn to acts of filming and acting, and to what that means for the person doing those things. Equally, there’s some surprisingly deep thoughts in this movie about the constraints and accountabilities that filmmakers are held to when making their work. Beyond that, too, there’s some profound points about taking a honest look at the foibles that are so severely affecting Europe at the moment, rather than just sticking to an official line.

In fact, considering it was such a recent event, it’s quite a marvel how this satire has managed to hit the bull’s-eye of the post-Brexitean mood so accurately with its AK-47 of cultural and political gags. King of the Belgians comes highly recommended as a result, and there’s a definite hope from this reviewer that it will travel well internationally.