Toronto 2016 Review: THINGS TO COME Ponders the Wilderness of Self with Supreme Gentleness 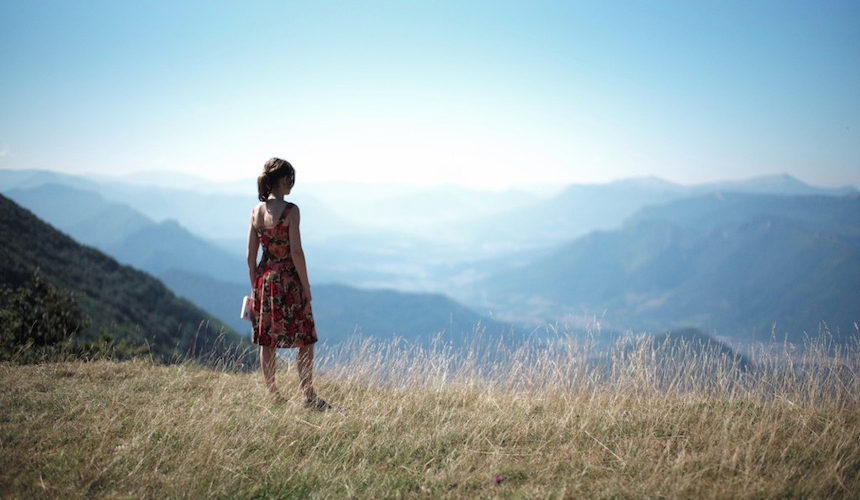 French filmmaker Mia Hansen-Løve, best known for tales of youth Eden and Goodbye First Love, teams up with iconic actress Isabelle Huppert for Things To Come, a quietly affecting story about a bourgeois middle-aged philosophy teacher and the big changes in her life.

Set mostly in the Sarkozy era of domestic reform and government reshuffling, Huppert portrays Nathalie with a subtle wit and optimism, an attitude seemingly inherent from another time entirely. Married to Heinz (André Marcon), a fellow philosophy teacher, and with two grown children, Nathalie is content with life, the relationship to her students and her side work in publishing. She even takes her time with her increasingly difficult and ailing mother Yvette (legendary Edith Scob) in stride. This is not say she is naive. It is merely that she accepts life as it has become over some 25 years. Her youth, spurred on by the ideals of May '68, is long gone.

Nearly in step with the return of former pupil Fabien (Roman Kolinka) in her life, Heinz announces to Nathalie that he is in love with another woman and has decided to live with her instead. Meanwhile, Yvette's diminishing sanity and rising anxiety prompts Nathalie to put her in a nursing home.

This seemingly clichéd and melodramatic story is cradled by Hansen-Løve's deft touch. For despite dealing with such dire situations as divorce and the passing of a parent, like all of her work, Things To Come carries itself with a supreme gentleness. This creates a space for our eyes to settle on the little gestures, of the world around us, with our hearts beating alongside Nathalie's half-known desires marred by the strange and stirring possibilities of both the past and the future.

It should come as no surprise to those familiar with her work that Huppert is endlessly watchable here. Her clean-eyed discussions with students around the nature of truth, debate vs. contention, and the more prickly, if equally playful discussions with Fabien around radicalism and the need to align thought with action in a positive, sustainable way speaks volumes to her way of thinking and her ideal status quo. While she doesn't disagree with Fabien's beliefs and future plans she clearly states she knows her place as a teacher.

Hansen-Løve has stated that the film grew out of observations she made on the nature of her parents' dynamic as a couple, their ensuing separation, and in particular her mother and women of a certain age. While the marriage between Nathalie and Heinz is only something we get in sketches, it remains a defining if also opaque trait of Nathalie throughout her journey. Huppert and Hansen-Løve's take on Nathalie as a woman in solitude, and as a woman of integrity, whose principles if once defined by the search for meaning have hit something of a plateau, offers no easy answers or paths for either our heroine or the audience. Yet this is not to be taken heavily. Indeed, there is something wholly endearing and effortless about Hansen-Løve's approach to both existentialism and realism.

Take for instance when Nathalie decides to visit Fabien on the farm he has purchased with some friends in the mountains. While she has constantly declared her absolute disgust of the thing, she brings her mother's obese cat, Pandora, along for the trip. Once there, the feline runs off into the wilderness leaving Nathalie at sunset calling out to her, desperately wishing for her return. It is a moment that is superbly funny and wholeheartedly sad. One in which Nathalie finds herself on a precipice facing the very old love of her mother, the need to do right by her, and the absolute prime existential moment of a woman shouting out again and again, at the top of her lungs, "Pandora!" the very name which is synonymous with mystery itself.

Things To Come premiered at the Berlinale earlier this year where Hansen-Løve won the Silver Bear for best director. Playing at the Toronto International Film Festival tonight, September 8th, and again on the 11th, the film will open in limited theatrical release in the U.S. starting on December 2nd.

Do you feel this content is inappropriate or infringes upon your rights? Click here to report it, or see our DMCA policy.
André MarconEdith ScobIsabelle HuppertMia Hansen-LøveRoman Kolinkathings to cometiff 2016Drama