TOM OF FINLAND Gets Its First Poster ***UPDATE*** 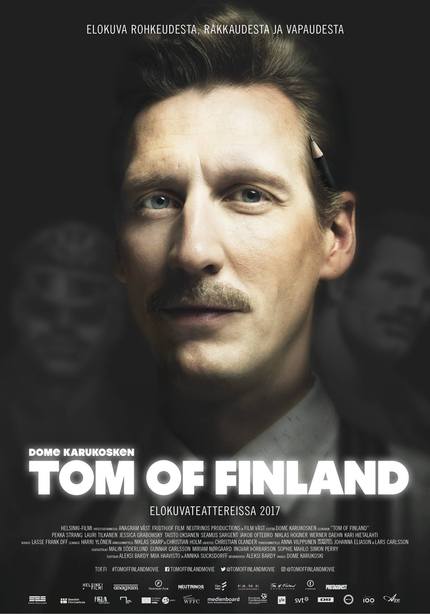 Touko Laaksonen (1920-1991), a prominent figure in gay art scene and a pioneer of homoerotic fetish art and gay imagery, was persecuted in his youth about his homosexuality and found escapism through art, which gave him the tools to express himself. Famous of drawing lascivious masculine figures in athletic poses dressed in leather, Laaksonen has said to be one of the most influential figures to the late 20th century gay culture.

"Touko Laaksonen lived in a time when the laws and norms of the society tried to deny him the right to be himself.  His story is an indication how a man can change the world with only the artists' tools as ammunation. It's a portrait of an artist and also a love story, among other themes. Touko Laaksonen truly lived an incredible life that has to be shared with the whole world," says Karukoski.

Tom of Finland will be in theaters in February 2017.

UPDATE - The film got also its first teaser trailer

Do you feel this content is inappropriate or infringes upon your rights? Click here to report it, or see our DMCA policy.
ArtArtistDome KarukoskiFinlandFinnishGayHomosexualTom of FinlandTouko Laaksonen