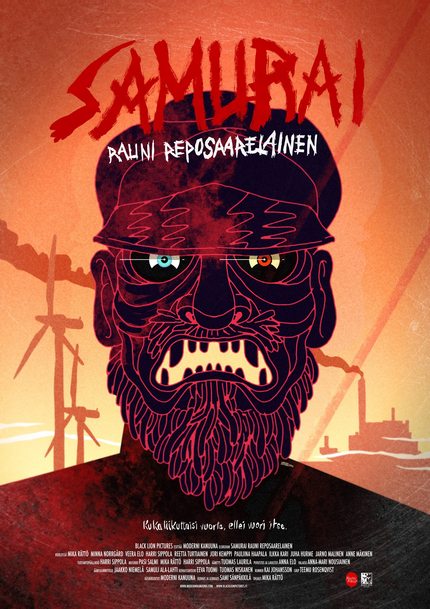 Samurai Rauni Reposaarelainen, an action comedy and a samurai film from Finland will be in theatres on October 21th. The first feature film from theatre group Moderni Kanuuna, the film cost only 50 000 euros. Director and lead actor Mika Rättö descripes the film's main chraracter Rauni as a "small town Stalin" who terrorises the locals. In this action packed revenge story, the citizens of Meri-Pori are fed up with Rauni and one of them puts a bounty on his head. An assissination atempt goes sour thanks to Rauni's unbelievable abilities and he embarks on a retaliation mission sowing destruction all around him.

The film had its preview screening at Helsinki International Film Festival in September.