LET ME BE FRANK: Episode 3 “Art of Reshaping Reality” 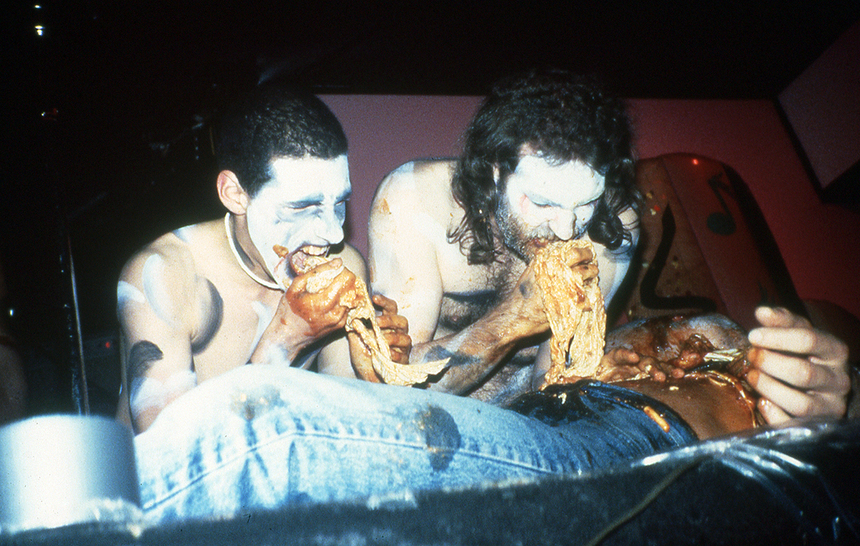 The LET ME BE FRANK web documentary series continues with Episode 3, “Art of Reshaping Reality”. This third installment features reading by Michael (Mikee) LaBash, graphic designer and producer of the Let Me Be Frank series with Linda Mac.  Mikee was Frank’s all-around “tech-guy” since 1987, when he melted into relationship with Frank and Linda, living together until Frank’s death in 2013.  It also includes the segment, “How Mikee Met Frank”.  This episode includes music by Frank Moore, Michael LaBash, Vinnie Spit Santino, Sander Roscoe Wolff, Mutant Press and Tha Archivez.

The series is partly a biography, but also a presentation of Frank's philosophy on life and on art. Twenty-plus episodes have been planned based on Frank’s book, Art Of A Shaman, which was originally delivered as a lecture at New York University in 1990 as part of the conference “New Pathways in Performance”. Each episode will feature readings by people who played an important part in Frank’s life, either as friends, lovers, students, artistic collaborators or supporters of his art.

The series is available on Frank’s website at http://eroplay.com/letmebefrank/ and on Vimeo at https://vimeo.com/channels/letmebefrank

thanks for the warning...the understated always welcome...yes. very experimental. impressive.