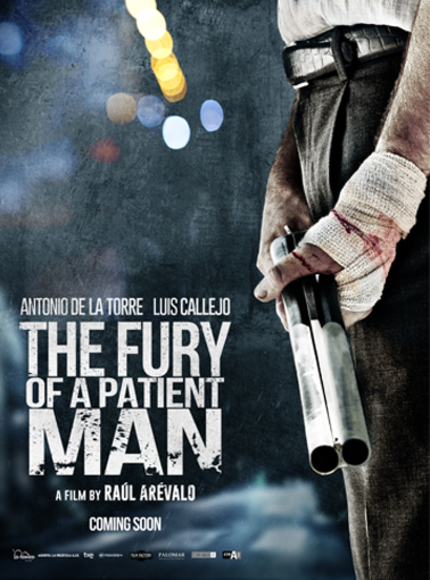 Spanish cinema has been enjoying a wave of 70's influenced, character driven crime pictures in recent days and it would appear that Raúl Arévalo's upcoming effort The Fury Of A Patient Man falls very much into that category. And does so very, very well.

Madrid, August 2007. Curro is the only one arrested for the robbery of a jewelry store. Eight years later, his girlfriend Ana and their son are waiting for Curro to get out of prison. Jose is a solitary and reserved man who just doesn ?t seem to fit in anywhere. One morning he goes for a coffee at the bar where Ana and her brother work. That winter his life gets interwoven with the others’ at the bar, who take him in as one of their own. This is especially the case with Ana, who sees this newcomer as an outlet for her distressing life. Having done his time, Curro gets out with the hope of starting his life with Ana over again. But everything has changed in just a very short time.

A well established actor, Arévalo makes his directing debut here and if the international trailer is to be believed he's has learned well while on the other side of the camera. His Marshland co-stars Antonio de la Torre and Manolo Solo both star here along with Luis Callejo and Ruth Diaz and the results look very strong, indeed. Take a look at the trailer below.

The FURY of a Patient Man - Trailer from Film Factory Entertainment S.L on Vimeo.