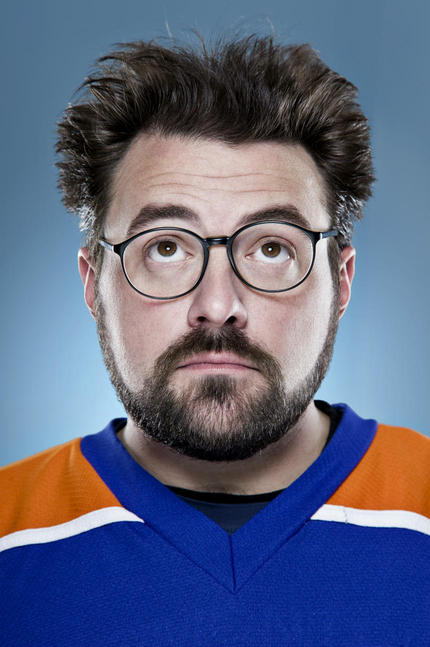 In this second part of my interview with Kevin Smith I asked the director about how, after some difficult years, he seems to be having more fun with recent projects. At this point does he have the freedom to do what he wants with his films? His answer covered the length of his career, ending with some personal reflection and some inspiring words to take forward.

Kevin Smith: Yeah, I hate to say it because it sounds gross but I figured that out over the past few years. I’m a fear-based individual and from the jump in this job there’s always the fear that you’re going to lose it. I got lucky enough when somebody picked up Clerks and I thought, holy shit I’m in! Our very next film, Mallrats then tanked and nobody liked it, until now anyway, everybody likes it now, but when it came out it fucking died so right away they were like, “There’s the door motherfucker, you’re out.” I had a chance to be a one hit wonder. Thankfully Chasing Amy kind of changed that course, but I learnt early on that you’re at the mercy of the success of your films. At least that's what I believed when I was a kid, but time has a funny way of healing all wounds, Mallrats died when it came out, a 5 million dollar movie, but now it's the one that most people come up to me and talk to me about like, “Oh my God, Mallrats was my religion and here’s why…” and they tell you a beautiful story. So much so that we’re getting to go forward and make a Mallrats series now. But that time when I thought if I fuck up they’d throw me out, I’m past that. 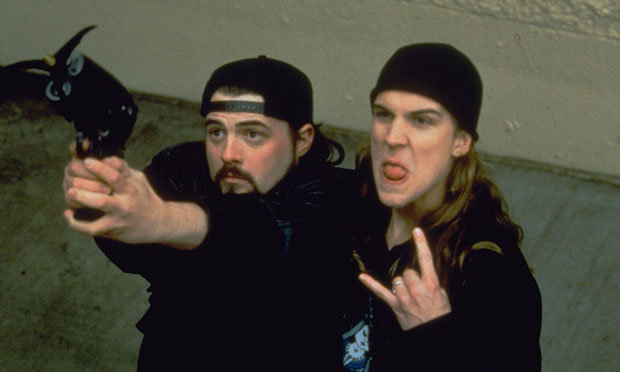 It’s not like I’ve transcended and I’m better than I was but I now know I don't need anyone else to do this. Shit, I didn't in the beginning either when I started my career, but then right away I got brought into a system where they’re like, “Hey, don't make pretend until people pay you from now on” So for a while that's how I behaved, but the storyteller in you can’t subsist like that forever. That's why I like Prince going one up against Warner Brothers, “You want me to do one album a year!? I need to do as many as I feel the need to do.” So later on in life, probably when I started the podcast, honestly coming up on 10 years ago, they weren't made like, “Hey, let's plan a business!” It was just, “Let’s sit around and make stuff because it’s fun.”

So that led to a whole new world, even back to movies. Tusk came from that podcast, so now if I want to do it, I just do it. If I can figure out how to get paid then lucky me. It doesn’t matter as it will pay dividends regardless. People see you doing the sort of thing where you’re like, “I just want to do this.” It’s empowering, it empowers others to try the same thing but it also empowers you like, "Man, I can do anything. You see the bullshit he’s pulling off!?” So what I realised in the past few years is nobody’s ever going to stop me from making a movie, I used to be afraid that they’ll throw me out of this business but they can't. I made fucking Tusk and I’m still here. I made progressively weirder movies the last few years, just testing that line. There’s always going to be someone willing to pay for it and if there isn’t, now I’m in a place where I can pay for it. As long as you keep the budgets low and make sure everyone gets their money back.

People like new you know? I’ve been trying to make Clerks 3 for three years now and that's a 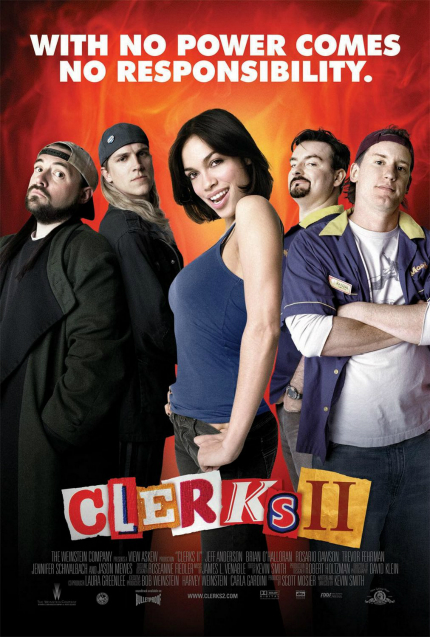 quantifiable notion that everybody knows, they've seen Clerks and Clerks 2, and they've had varying degrees of success. People have made money off of them, but still it's been more difficult to get Clerks 3 made than it was both the walrus movie and the Brazi movie. At the end of the day that's disheartening for me, the guy who wants to make Clerks 3, but it’s very heartening as a guy who’s a self expresser, knowing that as much as the world bitches about “All anyone wants in this business is sequels and remakes” that's not true, people are out there willing to bet on weirdness. If they can get their money back, they don't want to get rich, I’m talking about people already rich, so they’re not thinking how to get richer. They’re like, “I’ll get my money back? I just want to see this. I want to see this get made. And if my name’s on it fantastic.” So because of that there’ll always be a job for me and even if one day they all circle the waggon and are like, “No more money for you” I got my own money at this point. So yeah, it’s nice, it's a good position to be in where you’re not worried about your job anymore.

I saw my father work in a post office every night. He worked the late shift from like 11 to 7am and you've never seen a human being who hated going to work more than my old man. He just couldn't stand the fucking job it was soul-killing he hated it. Every day he didn't want to go to work, which, as I grew older became more frequent. He would ask my mom to call in to work for him and my mom would roll her eyes and do it. And I would always be on the other side of this phone call just hearing her but never hearing the other side. So one night he’s like, “I’m not going in tonight” he was just tired and fucking hated it, so my mom said “I’m not calling in for you, you gotta do it yourself” He couldn't do it, he was so terrified he would not make the phone call. So he turned to me, 11 or 12 years old at this point. I’ve been watching this drama play out my whole life, so he turns to me and says can you make the phone call for me? And I’m like, fuck yeah! Finally, I’m gonna hear the voice on the other side. This is gonna be like meeting the Wizard of Oz. My old man sat me down and rehearsed it for like ten minutes, and says “Don't say anything different from this. If they ask you anything different say this…”, Setting it up like we’re going to interview the commissar or some shit. He dials the phone, hands it to me, the voice on the other end goes “Dispatch” I go, “Donald Smith won’t be in today” He goes “OK” and hangs up. My father was like “What did he say!?” You didn't hear? He literally said okay. “What else did he say?” You were standing right next to me didn't you hear? He didn't say anything. My father lived in fear of that phone call like that was his fucking kryptonite. Every night of the week during that moment, he’d think, Fuck I don’t want to go to work and when he’d come to the moral decision of fuck it I’m not gonna go tonight, then he had the next hurdle of someone’s got to call these people as I don’t have the courage or the wherewithal to do it. He was so terrified of that fucking phone call.

I realised from an early age I don’t want to live in fear of a fucking call. It probably sent my father to an early grave, ten years ahead of time all that stress. If I don’t want to make movies I can put it off for a minute. That's what I did after I made Red State. I was like, I’m done with this for a while, in a very first world way I have the luxury where I get to be bored with my job and I can downgrade to a different section. My old man didn’t have that luxury. He had the one fucking thing, he was from the generation where he didn’t think what’s going to fulfil me? I’m bored with my job, what’s gonna make it interesting for myself? He saw his job as the thing that paid for what he loved in life, which was his family. I didn’t want my career to be that, I want it to be my passion. I want to love it. I see people who are in the arts and they love what they do, they sit around and talk about it. What’s more fun than pretending? That’s all the arts is, you sit around and pretend. So I gravitate towards that and it’s been wonderful, it took me a few decades to suss it all out, to get the fear out of my system but I realised I can do whatever I want at this point.

The good news is, I figured out that I don’t want to do anything very interesting. I just wanna do shit that amuses me. It's a cool thing and it’s honestly something that everybody should aim for. When we were kids they told us go to college, get a good education then a good job in life, but now we tell our kids differently. Now we say, figure out what you fucking love in life and find out how to get paid for it because that way lies happiness. And that's possible, it's doable and I’ve done it and I’m an idiot chimp. If I fucking did it anybody can do this and that's why I like to go out there and make the shit that I make then go out there and follow it up with, “Hey, I bet you can do this too, I bet you've got a Brazi movie in you, everybody’s got a movie in them, a podcast in them, a song, people have libraries in them. I’m telling you everybody has that. Everybody has that voice and can spend that currency willy-nilly. If you want to waste it on Brazi movies that's your prerogative, but it all begins with a single thought and putting it out there. People are scared of that self-expression, don't be. Fucking, it's a good life when you can do whatever you want, especially when what you’re saying isn’t shitty and stupid you know, like Donald Trump says a lot of shitty and negative things. That's not a happy life and it doesn’t create joy around him. If you’re in the entertainment business you should try to make people joyful.