OPERATION MEKONG Trailer Feels Like A Misfire From Dante Lam 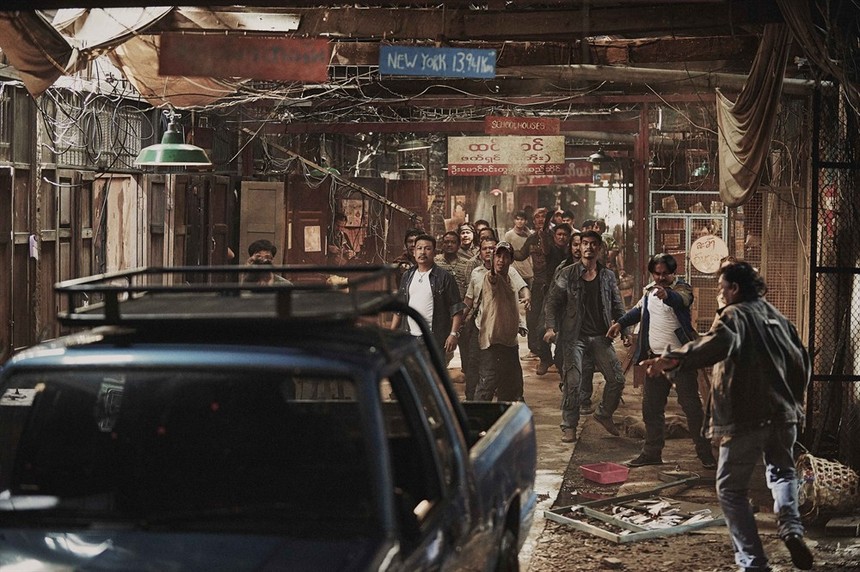 It wasn't so long ago - just back as the 2000's rolled into double digits - that Hong Kong's Dante Lam made the transition from being a journeyman jobbing director into one of the world's finest purveyors of large scale, hyper kinetic action cinema. 2008 effort Beast Stalker led the charge with 2010 releases Fire Of Conscience and Stool Pigeon seeming to seal the deal to the point that he was being regularly name dropped in the company of John Woo and Johnnie To and not feeling at all out of place.

But things haven't been as smooth for Lam since. 2012's The Viral Factor was certainly not a failure but met a far more mixed reception than his previous work. 2013 boxing drama Unbeatable met a similar fate and subsequent work - failed arthouse experiment That Demon Within and cycling drama To The Fore - seeing continued diminished returns and erosion of Lam's international audience.

Which brings us to Operation Mekong. Based on the true story of a Chinese / Thai / Laotian joint operation to investigate the killing of 13 passengers and crew aboard a merchant vessel working the Mekong delta in 2011, this promised to be a return to the sort of large scaled action that had people so excited not so long ago. And he has certainly tried to do that but the recently released trailer leaves me with more concern than excitement.

Production values are all over the place, there's plenty of dodgy CGI and strangely staged stunts, while they spent money on helicopters and extras for large scale action sequences they appear to have forgotten to hire anyone who knows how to shoot and cut them and, sadly, neither Eddie Pang nor Zhang Hanyu appear capable of holding a candle up to the oversized charisma of Nick Cheung displayed in Lam's peak work.

Could this just be a bad trailer for a good film? I certainly hope so because I'd like nothing more than crazy-ass Dante Lam back throwing hand grenades at the screen again. But all I know right now is that it's a pretty bad trailer. Take a look below.