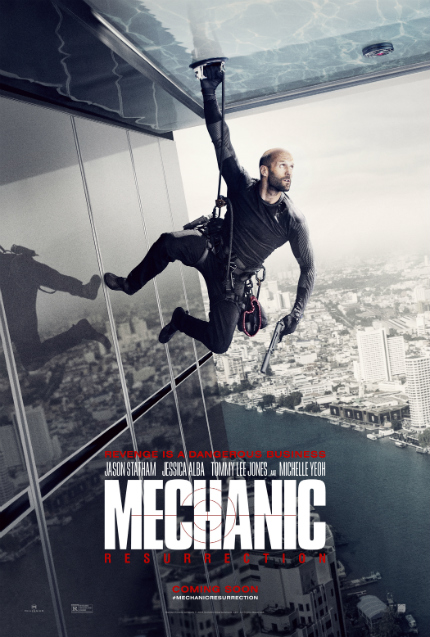 Back in 2011, Jason Statham starred in The Mechanic, a remake that bore little more than surface resemblance to the 1972 original starring Charles Bronson as a different type of assassin. Statham now returns in a sequel to the remake, and the first trailer for Mechanic: Resurrection shows that it's made in the modern mode of ridiculous action.

Arthur Bishop (Jason Statham) returns as the Mechanic in the sequel to the 2011 action thriller. When the deceitful actions of a cunning but beautiful woman (Jessica Alba) force him to return to the life he left behind, Bishop's life is once again in danger as he has to complete an impossible list of assassinations of the most dangerous men in the world.

This time around, Jessica Alba, Tommy Lee Jones, and Michelle Yeoh costar under the direction of Dennis Gansel (We Are the Night, The Wave). It will open in theaters on August 26, 2016.

Watch the trailer below, preferably while drinking a can of beer.

More about The Mechanic