Win A Copy Of SCREAM Season One Signed By The Cast 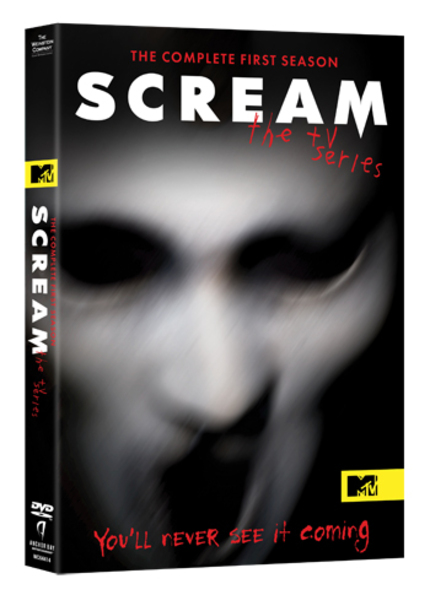 The first season of the television version of Scream was released on DVD last week in time for any last minute binging before the second season begins on May 30th..

If you need a copy, or, are a avid fan of the show and want something really cool we have a great prize in this giveaway. We are giving two lucky ScreenAnarchy readers copies of season one signed by some of the cast. They will be signed by Willa Fitzgerald, John Karna, Bex Taylor-Klaus, Amadeus Serafini, and Carlson Young. As an extra bonus American singer Kiana Brown, who comes in for season two also signed them. Kiana wasn't in Season one but was on set when the rest of the cast signed the DVD so it's an added on bonus signature.

To enter you have to be a resident of the U.S. and answer our skill testing question below. Two random winners will be drawn on Tuesday, May 17th from all correct entries. Ready?

Willa Fitzgerald spoke with the killer on the phone throughout the first season, very much like Drew Barrymore did in that iconic opening scene from the first Scream film back in 1996. Fitzgerald and Barrymore have worked on the same projects before, as has another actress from season one. Name any (not all, just any) tie-ins that any of the cast from Season one have with Ms. Barrymore?

When you have the answer e-mail us here and we will add you to the random draw on Tuesday. Good luck.