Tribeca 2016 Review: THE LONER Journeys Through A Neon Dreamscape 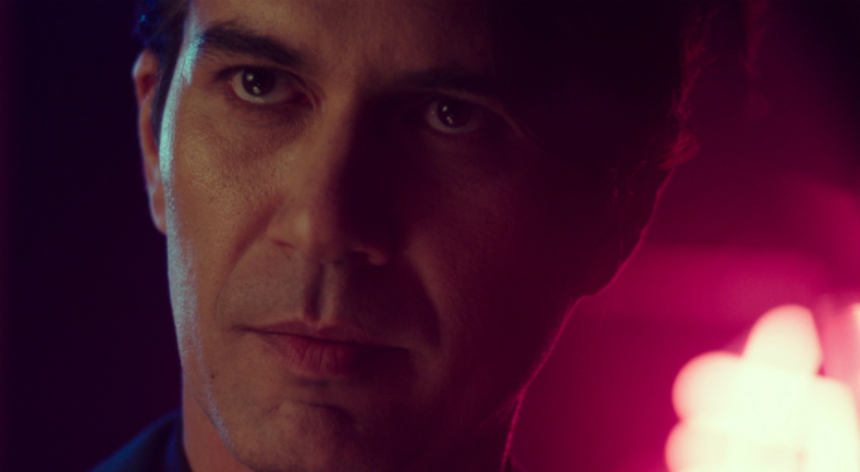 The Loner sounds intriguing on paper: a former child soldier from Iran drifts through L.A.'s seedy underbelly and becomes entangled in a web of crime, violence, and drugs.

Heavily influenced by films like Drive and David Lynch's oeuvre -- one of the opening shots is a white picket fence with yellow flowers, a nod to the red ones in Blue Velvet, and Lynch regular Laura Harring turns up as a mysterious femme fatale -- The Loner struggles to find its own voice amidst its admittedly stunning neon dreamscape.

Our guide through this world is Behrouz (Reza Sixo Safai, A Girl Walks Home Alone at Night), the aforementioned child soldier, who is now an opium addict running errands for his real estate-tycoon boss when not having drug-fueled sex with his Russian girlfriend. Flashbacks to his traumatic childhood, his drug addiction, and the general aimlessness of his existence suggest that Behrouz is haunted by his past and suffers from PTSD, but we never learn much else about him or his gangster enemies. The characters in the film seem intentionally impenetrable, spouting vague or cliched lines about life, death, god, and fate. Several deaths occur that are played as tragic, but it's hard to feel anything for figures to whom we've been only been briefly, obscurely introduced and who, at the same time, are more of a fleeting idea than a memorable presence.

Safai serves as a compelling lead, making it an even greater shame that we never get to know Behrouz. He is a man to whom almost everyone he encounters (male and female alike) seems sexually drawn. Safai's charisma does some of the work in explaining why that may be; the film's script scarcely does any such work. The rest of the performances range from mediocre to bad, though Helena Mattsson does her best with the thankless role of mother/whore/eye candy, and it feels like more focused attention has been paid to their hair and outfits than to their characterizations.

Far and away the best thing about The Loner is its cinematography by Steven Capitano Calitri. He manages to inject a sense of freshness into the familiar landscape of nocturnal Los Angeles, producing some stunning imagery. He and director Daniel Grove could certainly have a great film in them if the images were matched by a less derivative plot. While The Loner flirts with many potentially interesting ideas ---religion, trauma, bisexuality, and masculinity -- it doesn't have the attention span or commitment to explore any of them in the depth they command.

Do you feel this content is inappropriate or infringes upon your rights? Click here to report it, or see our DMCA policy.
2016daniel grovereza sixo safaithe lonertribeca