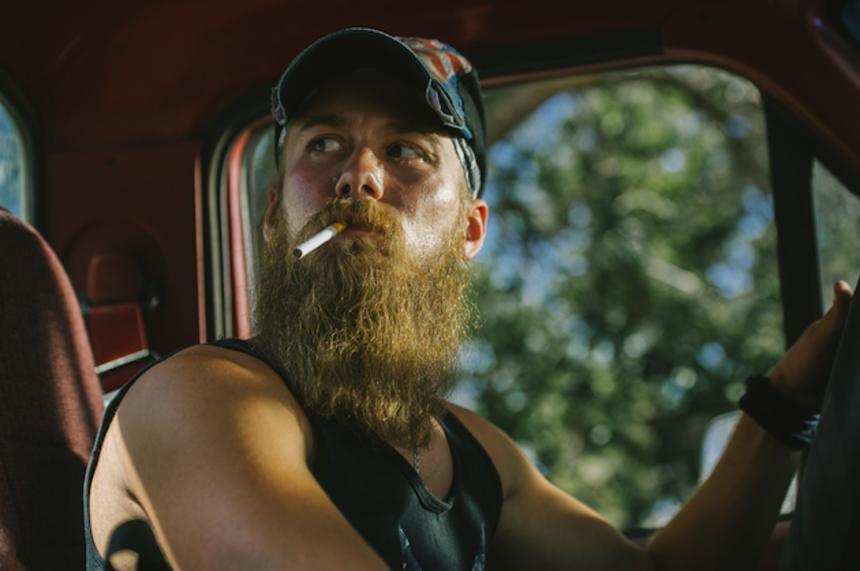 Ahead of its world premiere this Sunday, April 17, at the Tribeca Film Festival, ScreenAnarchy is proud to present the poster, as well as a clip to Robert Scott Wildes con-man thriller Poor Boy.

Left without any family to speak of, two misfit brothers Romeo and Samson Griggs live on a battered houseboat in the desert on the outskirts of town. Desperately lacking intuition and direction, the reckless pair survive by hustling, gambling and thieving other small-time crooks in their neighborhood. Tired of their circumstances, Romeo and Samson launch their most complex and financially rewarding long con yet in an attempt to finally leave their small desert town for California

Keen-minded readers may recall Wildes' artic survial short film Thule, which made the fesitval rounds in 2011. If anything, switching from the unforgiving icy environs of the north to the harsh SoCal deserts for his feature debut should be interesting, but there's also his stacked cast to consider, including Lou Taylor Pucci (Spring) and Dov Tiefenbach (Time Out Of Mind) as Romeo and Samson, respectively. Then we have Michael Shannon, Pat Healy (Cheap Thrills) Amanda Crew (Silicon Vally) and veteran character actress Dale Dickey (Justifed, Winter's Bone).

Below, take in the expanse of the poster in full high-res and the clip, in which Taylor Pucci's Romeo presents details of the long con that will once and for all change the lives of he and his brother.

And if you're in New York for Tribeca, you can purchase tickets to Poor Boy here. 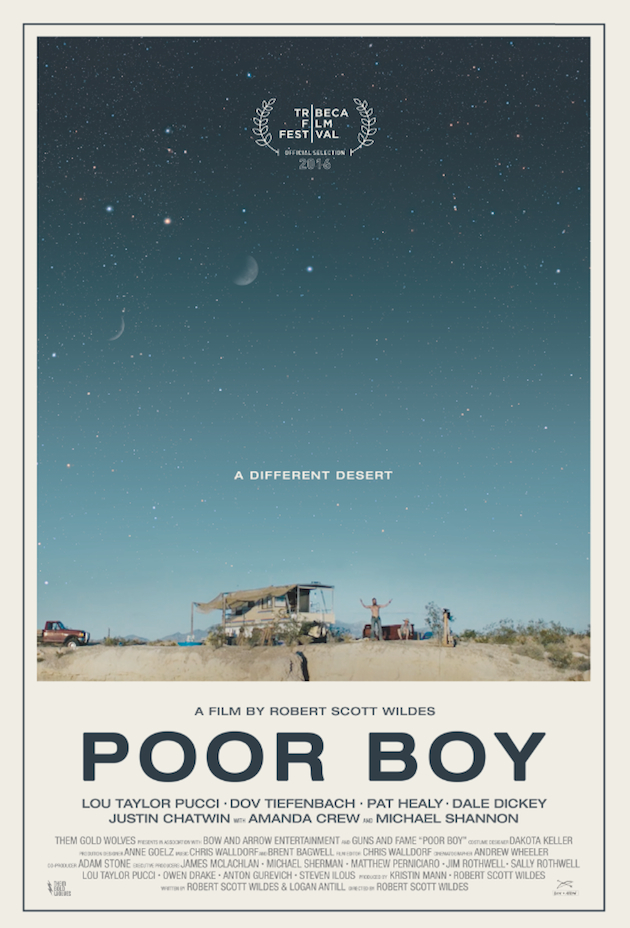 Do you feel this content is inappropriate or infringes upon your rights? Click here to report it, or see our DMCA policy.
lou taylor puccimichael shannonpoor boyrobert scott wildesTribeca 2016