Trailer: Tiger Shroff Kicks In Many Faces In BAAGHI Trailer 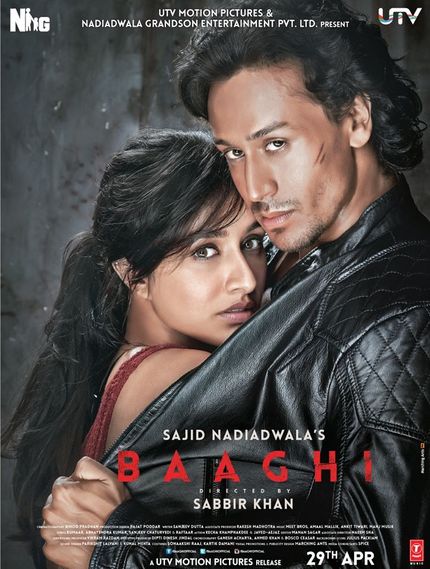 Hot on the heels of the very stabby trailer for John Abraham's The Man From Nowhere remake, Rocky Handsome, we get yet another martial arts action trailer for Sabbir Khan's upcoming Baaghi, starring Tiger Shroff.

Shroff is the son of one of Bollywood's most recognizable performers, Jackie Shroff, and his inclusion in any new projects may feel a bit like the good old-fashioined nepotism that India's film industry is so fond of, but he appears to be anything but lazy. Tiger made his debut last year in the adorably titled Heropanti (available on Netflix for the curious), and it has become clear that even if his acting is still a work in progress, the guy has worked his butt off getting those martial arts moves down!

In the trailer for Baaghi, Tiger appears with Shraddha Kapoor and does quite a bit of pretty impressive stunt work. We get to see a lot of high-flying martial arts and some very fun looking sword play, with a little bit of help from overly rambunctious Bollywood physics. While it certainly looks to have a ton of plot and lovey dovey junk in the trailer, Baaghi also appears to have a soft spot for The Raid: Redemption/Dredd with a reference to a building that must be taken floor-by-floor through multiple armies of assassins.

While I'm a bit dubious of all of the romance they've crammed into this trailer (Tiger is definitely pretty, I've gotta give him that), the action looks really solid. Let's just hope the rest of the film is worth it!

Do you feel this content is inappropriate or infringes upon your rights? Click here to report it, or see our DMCA policy.
Sabbir KhanShraddha KapoorTiger Shroff