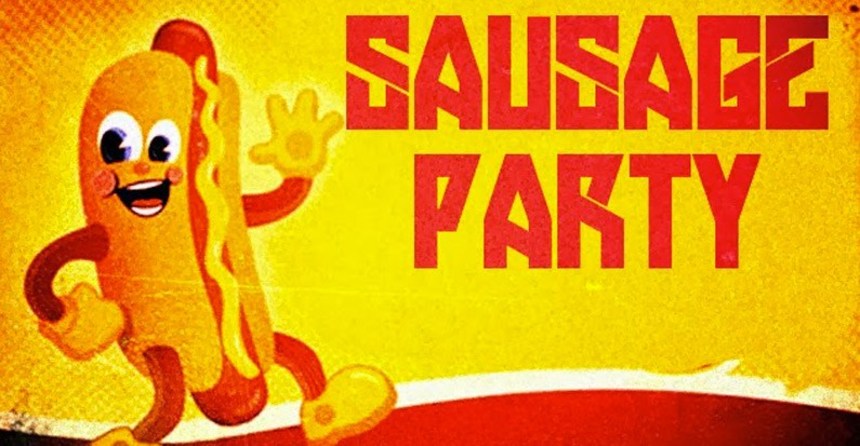 Call the Seth Rogen and Evan Golberg originated Sausage Party the anti-Toy Story, if you will. Like the Pixar classic, the story here revolves around a collection of consumer goods whose only goal in life has been to be chosen from the store shelves and loved forced to confront the harsh realities of existence. Unlike the toys, however, those realities aren't as simple as being neglected as their owners age. No, these poor foodstuffs are detined to be carved up, torn to pieces, roasted and eaten alive. And, holy fuck, they're not happy about it.

The voice cast here features the usual suspects of the creators' normal circle of friends along with a few intriguing additions with a core of Rogen, James Franco, Kristen Wiig, Jonah Hill, Paul Rudd, Salma Hayek, Ed Norton, Michael Cera, Bill Hader, and Danny McBride. And for an added bit of irony they've recruited animator Greg Tieran - whose entire directorial resume to this point consists of thirty three Thomas The Tank Engine episodes - as one of their co-directors. Because, really, who doesn't wish they could see Thomas cuss someone out just once?