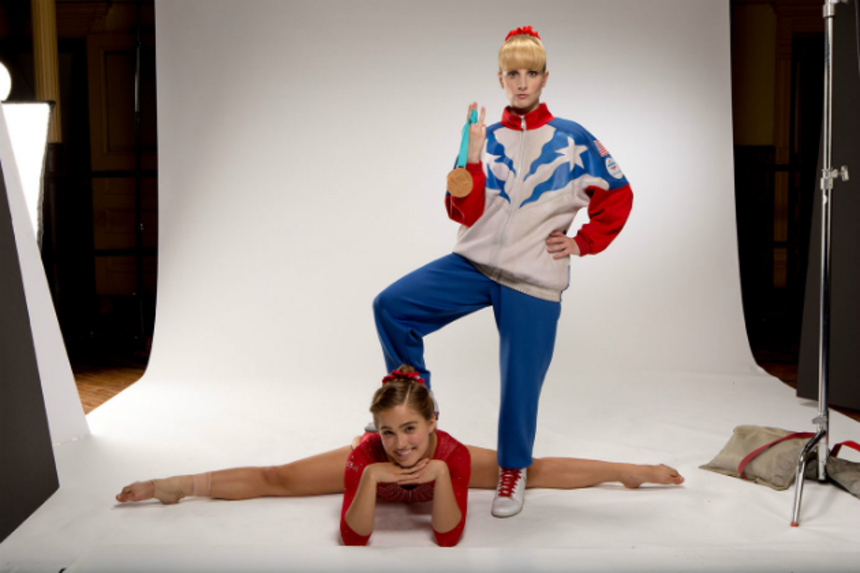 This summer is sure to produce an onslaught of mindless trash disguised as comedy. Adam Sandler will make more cool millions, Paul Blart will potentially earn more undeserved revenue, and comedic celebrities who have shone in better films will be paired off with one another in disposable, asinine movies the world will forget almost as soon as they're released.

Somewhere in the shuffle will be the far more understated opening of The Bronze, which director Bryan Buckley estimates will have its release some time in July. Those who choose to buy the ticket will be vastly rewarded for their choice. Simply put, The Bronze is uproariously funny. Penned by spouses Melissa and Winston Rauch and starring Melissa Rauch, The Bronze refreshingly recalls a golden age of offbeat 90s indie comedy, reminiscent of early Alexander Payne.
The film follows former Olympic gymnast, Hope Annabelle Greggory, who, in her teens, overcame a competition-killing injury, pushed through, and landed the bronze, in a moment so full of underdog glory it overshadowed those who actually took home the silver and gold. But that was the past.
Today, Hope's life is far from rewarding. Spending her days gluttonously basking in her triumphs of yesterday, Hope is having trouble facing her present circumstances. She's bitter, unemployed, living with her mailman father, and as a result, utterly foul in her language and treatment of others. Not even the cold pills she crushes with her trophies then snorts up can make her forget just how drastically her current life differs from her heyday, which she excessively plays back on her childhood VCR.
But when her former Russian coach - with whom her relationship ended on bitter terms - commits suicide, Hope is left with her coach's dying wishes that will reward Hope with hard cash in exchange for coaching a shining, wide-eyed teenage gymnast named Maggie Townsend, whose promise threatens to one-up her legacy as Amherst, Ohio's pride and joy.
Imparting dreadful advice, Hope at first aims to sabotage Maggie with a coaching regimen of fatty foods, promiscuity, and cannabis smoothies, before undergoing the type of character growth typical of even the most offbeat stories. Nevertheless, there are plenty of shocks along the way - including a particularly memorable exploration of the much-speculated physicality of gymnast sex - and a wealth of unpredictability.

The three leading performances are of knockout caliber, especially leading lady Melissa Rauch, who offers more laughs per minute than you'd think possible. Gary Cole is also tragically lovable as Hope's pushover father. He's so good it verges on heartbreaking to watch his character trampled over by his deeply destructive daughter. Particular kudos are due to Thomas Middleditch (TV's Silicon Valley) as ScreenAnarchyy, the wholesome mismatched love interest, capable of seeing the good behind Hope's abysmal treatment. Middleditch's physical mannerisms are the film's incredibly nuanced secret weapon, implying an acting range beyond that which is utilized in his comedies.

Through and through, The Bronze is a pretty remarkable directorial debut, and one that promises great things to come for all involved. And if, at worst, The Bronze proves to be a one hit wonder, which seems impossible, at least it's an endlessly watchable film, sure to endure the test of time.

Review originally published during the Sundance Film Festival in January 2015. The film opens in select theaters in the U.S. via Sony Pictures Classics on Friday, March 18.

More about The Bronze