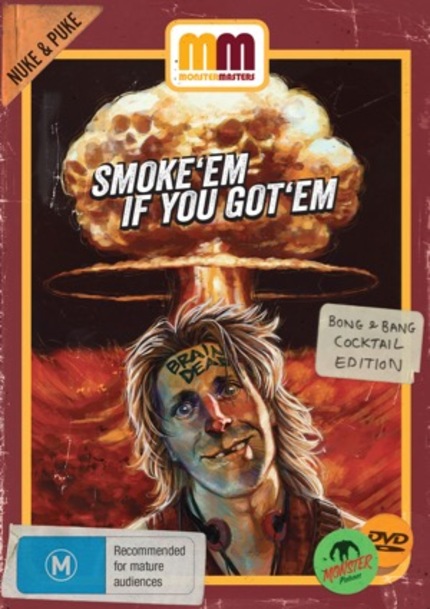 Australian distributor Monster Pictures has announced the launch of its new label Monster Masters with the unveiling of their first title - Ray Boseley's 1988 masterpiece Smoke 'Em If You Got 'Em on 18 May - a film that should delight and enthral fans of Mad Max and Turbo Kid and everything in between.

A long lost post-apocalyptic classic set slap bang in the middle of Melbourne’s 80’s underground music scene, Smoke 'Em If You Got 'Em stars Nique Needles (Dogs In Space), Rob Howard, Fred Dugina, Danny Lillford (Trailer Park Boys) and featuring the music of Blue Ruin, the film is a satirical look at the last days of mankind.
According to the press release, Monster Masters is "dedicated to preserving genre classics specifically for collectors who spurn digital and salivate over physical media", before laying out their ambitions in no uncertain terms: "Monster Masters aims to become the Criterion Collection of the lowbrow genre-verse."
This should be insanely exciting news for ScreenAnarchy readers, and based on what's going into this maiden release, Monster Masters are not mucking around. They have put together a special "Bong And Bang Cocktail" edition of Smoke 'Em If You Got 'Em, featuring newly commissioned artwork by Juarez Ricci - which you are enjoying an exclusive look at right now - and over 3 hours of special features, including:

To celebrate the release, Monster Pictures is teaming up with the Fitzroy Film Fair in Melbourne and hosting a Nuke & Puke launch on April 9th at the LuWow (62-70 Johnson St, Fitzroy) in Melbourne (complete with 16mm screening, Cast and Crew Q&A hosted by Fangoria writer Michael Helms, and rare Scrap Museum / Blue Ruin performance. Punters will also be able to buy a copy of the DVD a month before it’s official JB HiFi exclusive release, which you can pre-order using the link below. 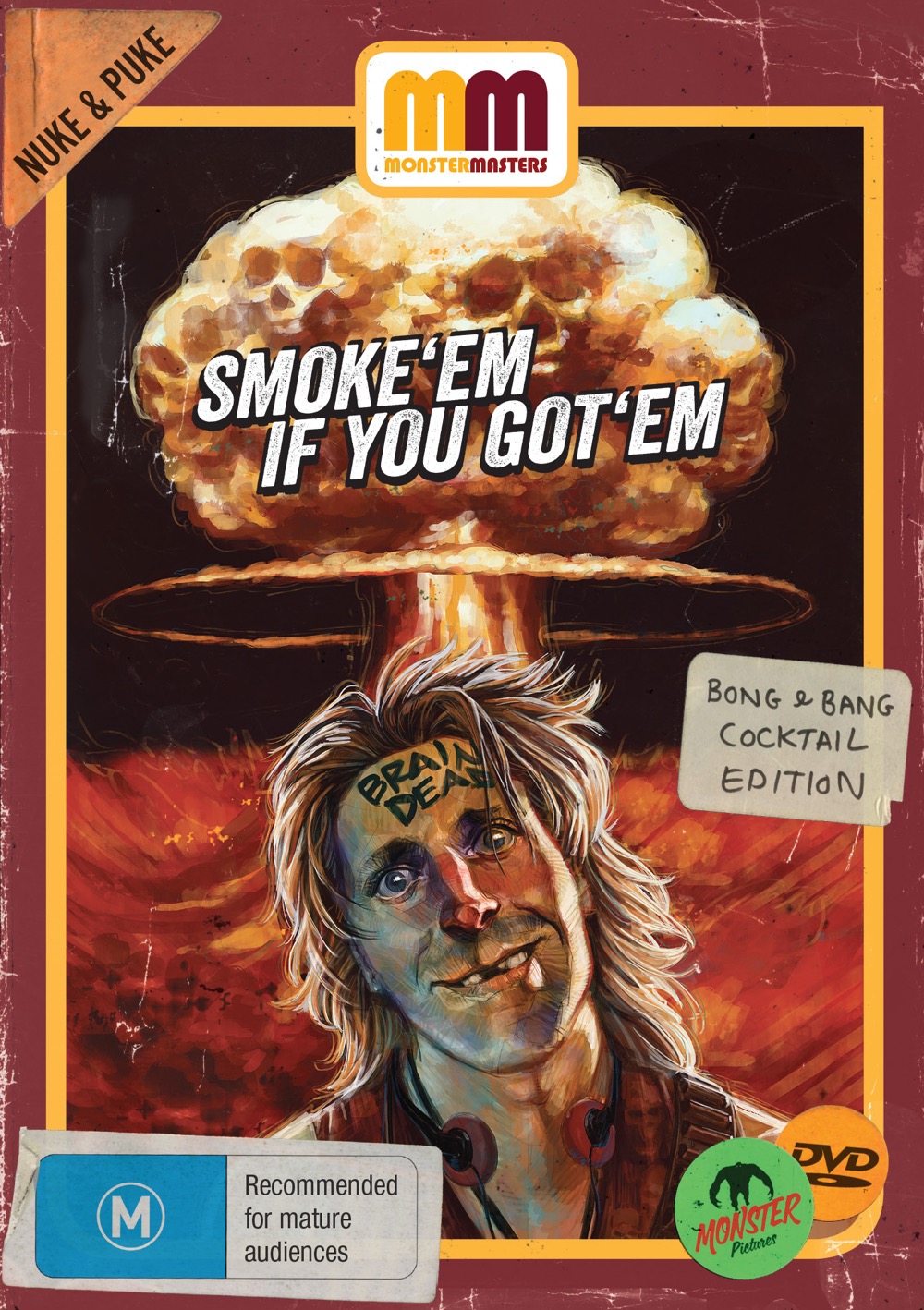