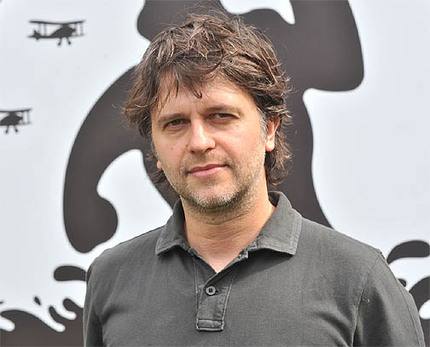 Juan Carlos Fresnadillo, director of Intacto, 28 Weeks Later, and Intruders, has been selected to helm Haunted, a new adaptation of Henry James' The Turn of the Screw, according to Deadline. This is apparently a passion project for Steven Spielberg, and is based on a script by Chad Hayes and Carey Hayes (The Conjuring). Roy Lee, John Middleton and Scott Bernstein are on board as producers.

Fresnadillo is one of Spain's most successful filmmaking exports: Intacto a cult favourite among cinemaphiles, a strange and surreal film (in Spanish and English) about luck and gambling; 28 Weeks Later was a well-made film and much better than the usual sequels to popular genre films. He has been busy of late working in television, directing the pilot for Falling Water (USA Network, no scheduled broadcast date as of yet), and executive producing a new series for SyFy, Prototype.

Fans of gothic horror are likely familiar with an earlier adaptation, The Innocents, certainly one of the canonical films of the genre. It's the story of a governess hired by an absentee uncle to look after his niece and nephew in an isolated English country mansion. The children seems to be (willingly) haunted by the ghosts of two former servants, who seek to corrupt the children, and the governess tries to save them.

Amblin Entertainment is heading up the production, which makes me a bit nervous that attempts will be made at a PG-13 version, which would detract from the more terrifying aspects of the story. Fresnadillo is certainly not one to shy aware from horror and gothic imagery, so fingers crossed he gets to steer this boat.

Do you feel this content is inappropriate or infringes upon your rights? Click here to report it, or see our DMCA policy.
DreamWorksHauntedJuan Carlos FresnadilloSteven Spielberg