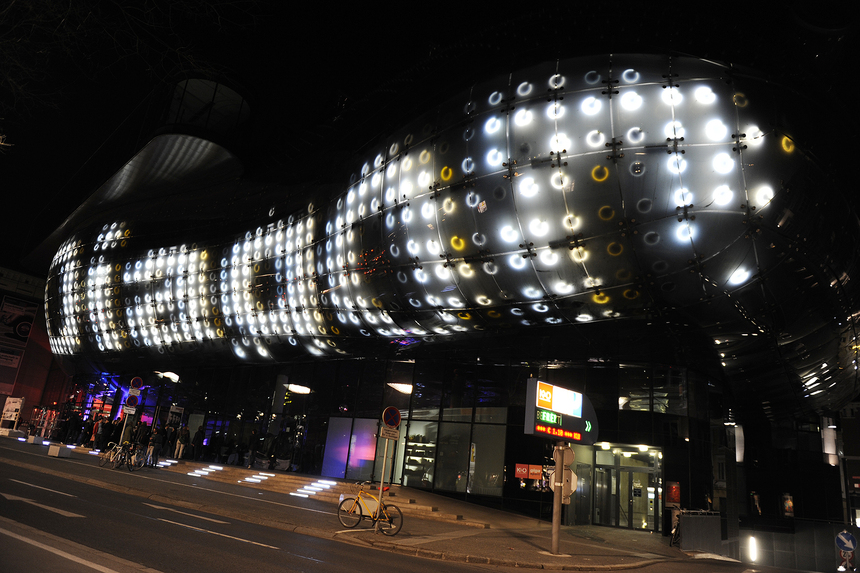 Looking back at the festival that took place last week, one might easily be overwhelmed with a feeling of self-satisfaction caused by the impression of having seen a vast amount of a country's most recent film productions in less than five days. The country here referred to is Austria and the festival is the Diagonale, a festival for Austrian film which, since 1998, takes place yearly in the quite idyllic city of Graz.

Seeing as almost everyone who professionally has something to do with film in Austria attends the festival, the ambiance is vaguely incestuous, in a predominantly positive way. The setting seems to be extremely fruitful for productive discussions. Conversations about the state of the film art or about the state of the film industry are effortlessly started and single films are thoroughly discussed as well.

Among the several interesting things about the Diagonale is that the festival has a section entitled "Innovative cinema", in which 'experimental' films run. Of course, the section's name is somewhat problematic. One can barely restrain from asking what prevents the films shown in other sections, for example feature fiction, from being just as innovative or if 'experimental' cinema, a notion just as problematic, would not benefit more from being integrated into the festival's other sections.

This year's "Innovative cinema" confronted audiences with a melange of short films reflecting on and playing with the textures of film and digital, narration, the possible relation between sound and image. Essentially, it presented films reflecting on what film is or what film can be. The most vibrant work that screened in this section is perhaps Peter Tscherkassky's The Exquisite Corpus, a feverish found footage reflection on the connection between analog film and eroticism, in which the bodies of soft core movie actors are ultimately aroused by the way in which the film material is handled.

Another compelling film that the section has brought forth this year is Siegfried A. Fruhauf's Vintage Print, a kind of thirteen-minute ontology of the analog and the digital image, in which a landscape photo originating from the 19th century starts moving to the rhythm of cricket sounds, at some point reaching a pulsating pixelation that might cause epileptic seizures.

Quite positive encounters with films were also facilitated by the Diagonale's documentary competition. One example thereof is Patric Chiha'sBruder Der Nacht, a film that gives male Bulgarian Roma working in Vienna as prostitutes the opportunity to stage themselves as cool gangsterish guys and strengthens their endeavour by means of a framing and use of coloured lighting reminiscent of the films of Kenneth Anger.

Retrospectively asking oneself if this year's Diagonale has revealed any tendencies of the current Austrian cinema, it quickly becomes apparent that quite a lot of films deal with their director's family history. Among them are Antoinette Zwirchmayr Josef: Taterprofil Meines Vaters, a compelling film with notable Gerhard Benedikt Friedl and Marguerite Duras influences, which also turned out to be this year's winner of the „ Innovative Cinema" section. Some of the other films investigating family histories wich screend at the Diagonale are Clara Trischler's Zuhause Ist Kein Ort, Kurwin Ayub's Paradies! Paradies! and Amina Handke's Mutter Von Mutter. Is there perhaps a connection between this tendency and Sarah Polley's Stories We Tell, which in Austria seemed to have been quite well received.

Ultimately, there is one film that screened at the Diagonale which outshines almost all of the above named. That film is Ruth Beckermann's The Dreamed Ones, a work of mesmerizing subtelty, displaying a great delicacy of observation and performing. One can't help but rejoice at the thought that it won the festival's great prize.

Do you feel this content is inappropriate or infringes upon your rights? Click here to report it, or see our DMCA policy.
austriaDiagonale 2016ruth beckermannthe dreamed ones