Sundance 2016: The Best Of The Shorts Programs

Zach Gayne
Contributor; Toronto
Tweet Post Submit
Jeremy and I didn't get to see as many short films as we would have liked to, but of the short programs we were fortunate to catch, the following films resonated as our favorites. 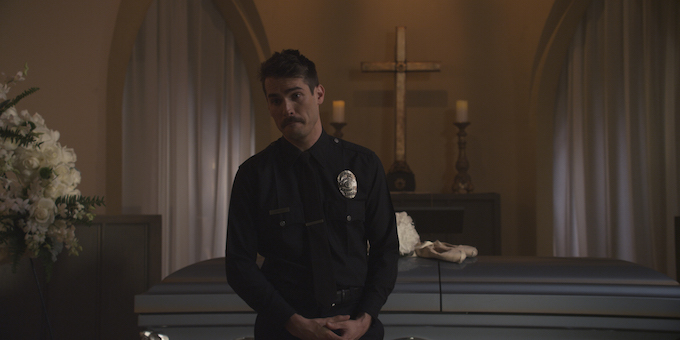 This is one amazing reel. A truly, breathtaking reel. And had this one take masterclass in restraint and humor not been one of the most expertly written shorts I'd encountered my interest in it would have stopped at the director/writer/performer Jim Cummings charismatic mug. Instead, the piece moves urgently and directly to make one of the most bittersweet and funny snapshots of a man grieving. Winner of the Short Film Grand Jury Prize, I look forward to what else Jim has to offer the world. Shorts Program 5 -Jeremy O. Harris 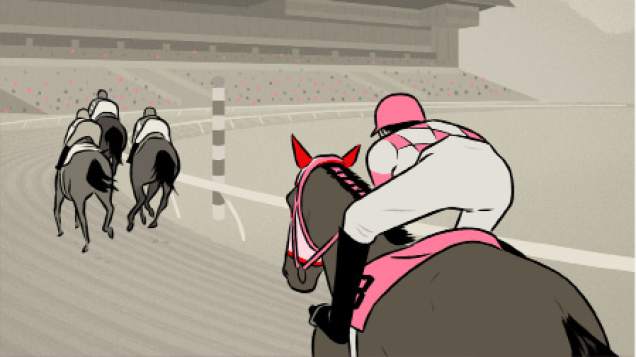 The Shining Star of Losers Everywhere

I’m so glad the best film title at Sundance is backed up by an even more astounding film. If it were a feature length documentary, The Shining Star of Losers Everywhere might be my favorite of the fest, but lucky for The Shorts Program, it’s unbelievable story is perfectly told in 19 tight minutes. Shining Star is about a Japanese racehorse named Haru Urara. There is nothing remarkable about this horse - far from it. Haru is a loser. He can’t win a race to save his life and his life as a racehorse does in fact depend on it.

Normally, a horse with such a poor performance record would be a natural cut, but the owner of the Kochi racetrack, wasn’t so eager to give up on Haru. There was something about him. Instead, Kochi brilliantly decides to repackage Haru’s plight with a glass half full angle in a gimmicky effort to save his racetrack from its own failure to draw crowds. What does he do? He sends out a press release lauding Haru’s refusal to give up, even in the face of embarrassingly consistent loss, and hold his head up high as he finishes the race every time!

Every publication ignored the story, except one, but it proved more than enough. In a time of dismal Japanese recession, Haru somehow struck a chord with a nation of disenchanted people. Suddenly, a society of losers who didn’t particularly care for horse racing started showing up in droves to cheer Haru on long after the winner crossed the finish line.

I love this story in more ways than I can comprehend. And the way director, Mickey Duzyj strings together this tale (that doesn’t end here) with graphically stimulating animation and editing is a thing of documentary beauty. Shorts Program 1 -Zach Gayne 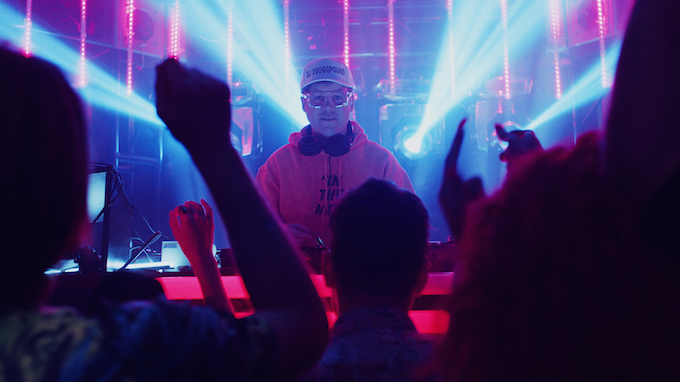 Thank God for The Daniels. While I'll miss their contributions to the world of music videos, I hope that the film community's embrace of their work at this year's Sundance keeps them making bonkers and weirdly touching films for years to come. The Pound Hole like their Sundance darling Swiss Army Man is full of wicked WTF moments. Where else but in the minds of the Daniels will you see both the fellatio of and an impaling by a stripper pole, gangsters making out, or find yourself tearing up after a baby conceived via text dies because it's body ages to the rhythm of the beat. All with the best soundtrack and some of the most surprising and precise editing of the festival. Midnight Shorts -Jeremy O. Harris 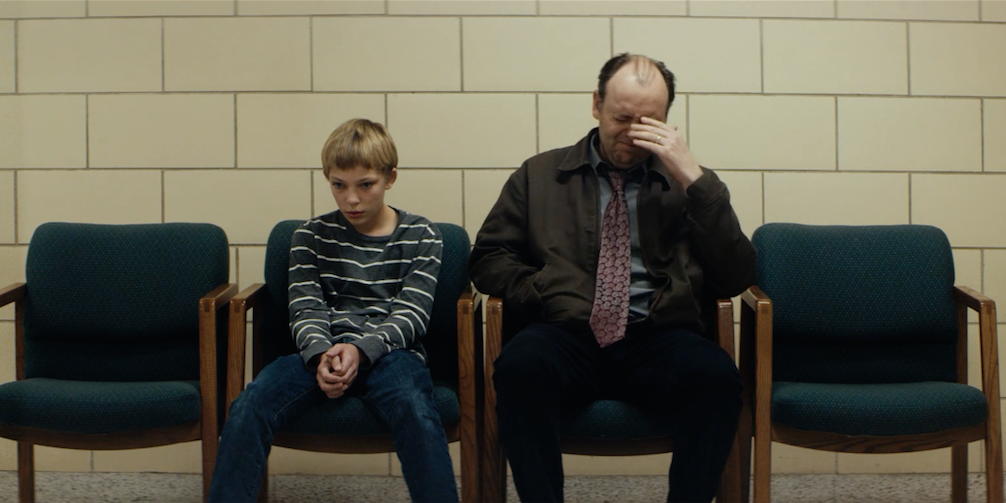 Killer is a comedy. And what’s so exciting about Kazman’s short, which I’m confidently jumping the gun in referring to as ‘the early work’, is the sharp command in which he rides his offbeat tone. WIth the help of an excellent child actor, on whom the film’s success ultimately relies, Killer is a jaw-dropping, knee-slapping indication of a killer feature debut around the corner. I can’t wait. Shorts Program 1 -Zach Gayne 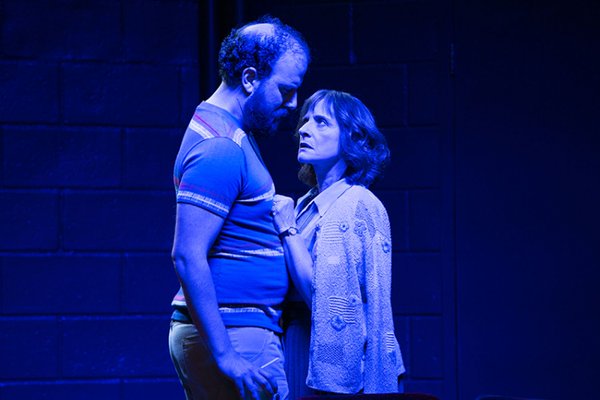 Brett Gelman and Jason Woliner do something truly amazing in under 20 minutes. Somehow they undermine their form and create within the audience that rare feeling of implicit responsibility that one generally feels only while watching theatre. What I mean by "implicit responsibility" is that you feel, while watching the screws loosen and fall out of the world Brett's character has created, like you have the ability to stop it yet you don't. Much of this is due to the fact that the whole short is shot as close to a dogme film as one can shoot an Adult Swim comedy short. Yet, it's also indebted to the rich and honest performances that Woliner has teased out of each of the performers--the standouts being Brett himself and the incomparable Patti Lupone, in one of her best performances in a decade. Midnight Shorts -Jeremy O. Harris 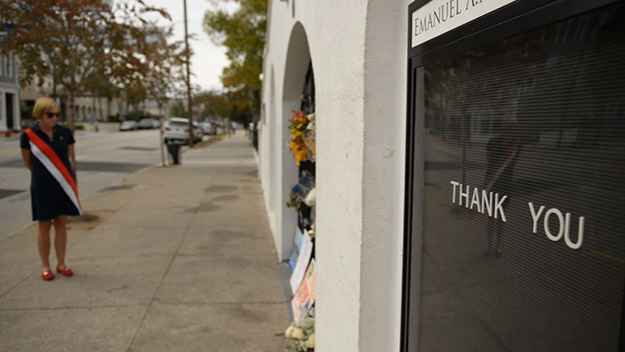 Speaking Is Difficult is a sort of aural history of the last few years of public shootings, presented one after the other, in reverse chronological order. Told entirely through audio recordings of police calls and news reports juxtaposed with eerily still present day images of the scenes of the atrocities, AJ Schnack’s short film is a soberingly visceral transportation to locations forever tainted by horror. The number of shootings Schnack is able to cover in its short 12 minute running time is terrifying. Shorts Program 1 -Zach Gayne

Elegantly shot and colored this is one short that truly aimed for stars and made it relatively unscathed. It tells the story of a young migrant worker, who after a long day in the field's must take a ride back with her sketchy boss only to discover that the ride is one that leads straight to the pits of Hell. The film could have ended there and still been an ambitious and neat metaphor for the way we discard and enslave our migrant population, but for the director trio of Andres Meza-Valdes, Diego Meza-Valdes, Eric Mainade there's no such thing as neat. What happens next is both heart-pumping and harrowing as we watch our protagonist fight her way out of hell and back to earth with the help of a mysterious stranger. Featuring some of the most distinctive fight choreography of the festival, both feature and short, this film definitely leaves you itching for more. Midnight Shorts -Jeremy O. Harris 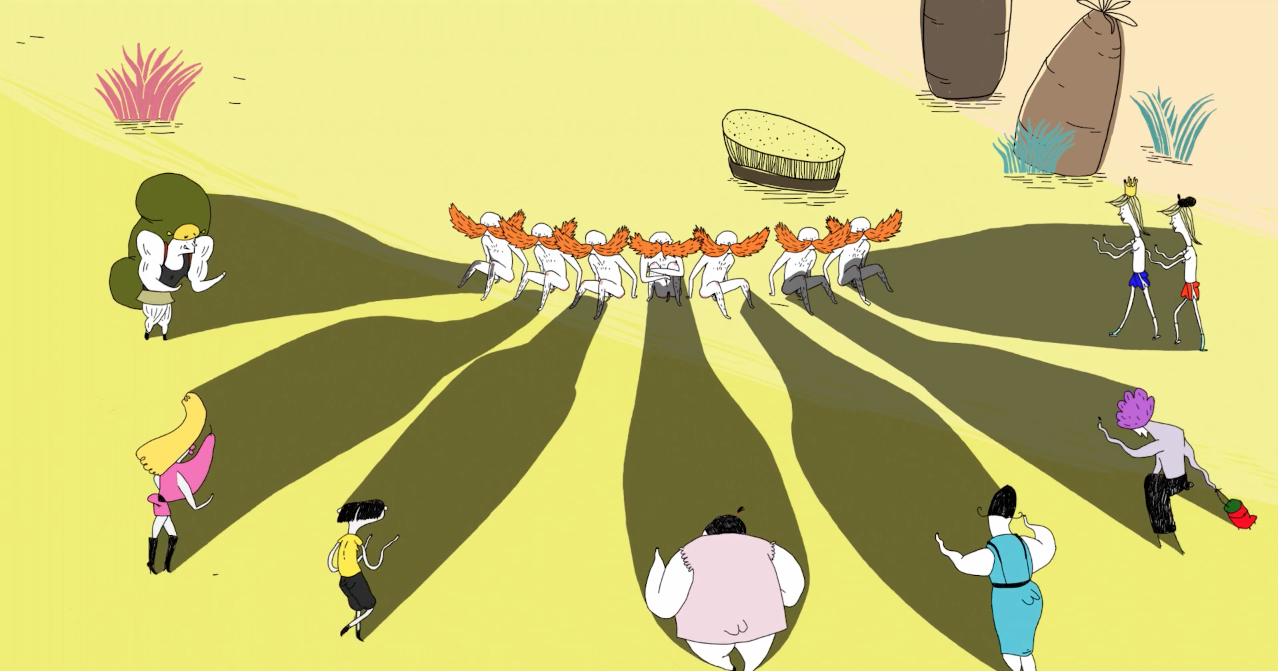 What are we to make of Hungary’s Zsuzsanna Kreif and Borbála Zétényi’s tripped out universe? On some unfantastic planet, possibly called earth, men lust after their mobile devices - some even shower with them - much to the dismay of their significant others. Fed up with their neglect and desperate for love, the women board the ‘limbo-limbo bus’ and take a nauseating trip to a moustache-shaped island in search of happiness. When they discover tiny mustachioed men - island natives - they practice a hunter’s method of courtship. The natives are a graceful lot. They move and climb and synchronize swim with, and sometimes inside, their community’s collective moustache. It’s a masculine paradise that the far more aggressive tourist women are out to love by any means necessary.

If you haven’t already deduced from the synopsis, Limbo Limbo Travel is a bonkers work of surrealist comedy that hysterically mocks the animality of lust. The tickling guttural voice work and shape-shifting score lend the dreamlike images a fluidity undisturbed by dialogue. The animation itself, featuring characters with crude bodies that devour one another, is hypnotizingly visionary and singular. You’ll laugh, you’ll gasp, you’ll stare, but if you want to stay sane, you may want to consider leaving the hard drugs behind prior to getting on the bus. You never know when you might encounter a tornado of hair. Animation Spotlight -Zach Gayne 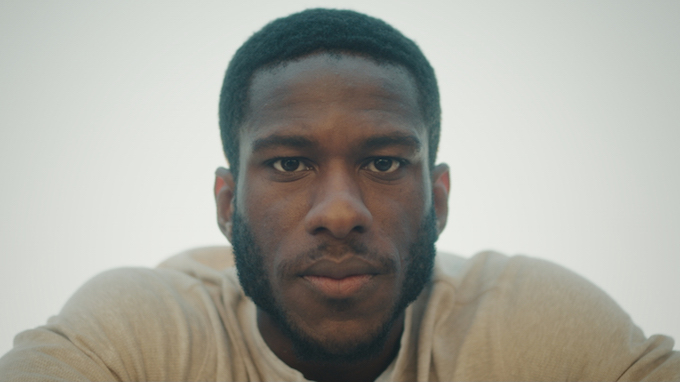 It saddens me that because of events during Sundance the fascinating interview I did with Darius Monroe Clark was lost. The honesty and passion which are impossible to miss in his voice come out in his films in every frame. With Dirt Monroe took a personal tragedy and transformed it into an melancholic poem about circular nature of our deaths and the circular nature of black deaths... our bodies constantly pulled from the back of beat up cadillacs and buried beneath lynching trees. And on and on again. See? even the description is a poem. Shorts Program 2 -Jeremy O. Harris 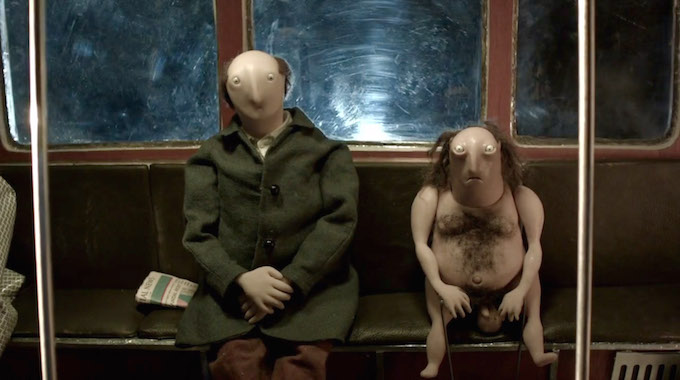 Where to begin with Manoman ? This is what Anomalisa had inside it if Kaufman were a bit more unhinged. It makes sense to me that the madcap film about freeing oneself from one's own repressions would come from a group of Brits. What doesn't make sense is why a 7 minute stop-animation film has stuck with me longer than most of the others I've seen at the festival. Perhaps it was its honesty about the function and destruction that can be wrought by repression that got to me. Or perhaps it's because it's really fucking funny and sad. Either way, this is the film that would've gotten my grand jury award. And this is the film I most hope people end up watching. All these other directors will make or have made films that will move you that you can see. I fear that the work of Simon Cartwright and co. might stay on the fringe a bit too long unless we all start paying attention now. Midnight Shorts -Jeremy O. Harris

Do you feel this content is inappropriate or infringes upon your rights? Click here to report it, or see our DMCA policy.
Boniatom DirtDinner With Family With Brett Gelman and Brett Gelman's FamilyKillerLimbo Limbo TravelManomanSpeaking Is Difficultsundance 2016Sundance ShortsThe Pound HoleThe Shining Start Of Losers Everywhere