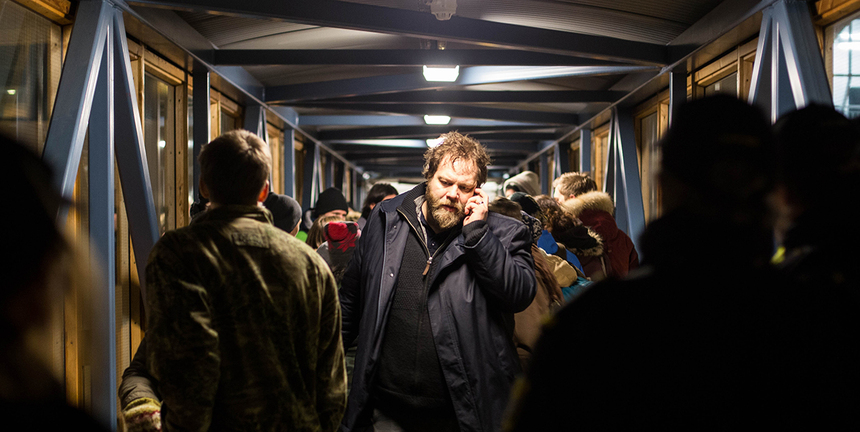 Iceland's Baltasar Kormakur maintains something of a split personality ... at home he's the acclaimed director of a string of arthouse dramas and thrillers acclaimed around the globe while in Hollywood he aims for bigger, blockbuster fare like Contraband, Two Guns and Everest. So which impulse takes over when he takes to the small screen?

Kormakur made an appearance at the Toronto International Film Festival this past September, premiering the debut episode of his Icelandic crime series Trapped. Taking some cues from the Nordic Noir wave this one is also clearly meant to play to an international audience as it plays in a mix of languages meaning we get a little bit of all of Kormakur's influences here, though those longing for a return to his Jar City days of criminal darkness will likely walk away the happiest.

Set in a remote Icelandic town on lockdown as a dismembered corpse washes ashore just as a ferry arrives - bringing with it a literal boatload of potential suspects - and a major storm shuts down the roads this promises to be one seriously claustrophobic thriller. But you don't just have to take my word for it, Trapped will soon hit the air in the UK and a new English friendly trailer is freshly arrived. Check it out below.