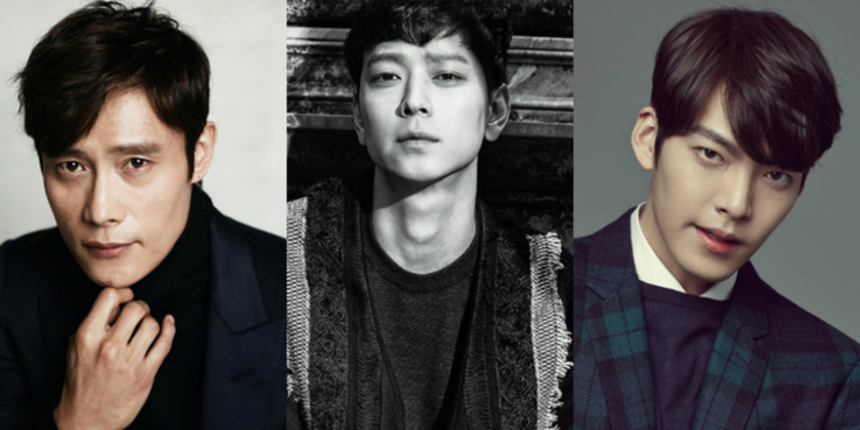 Three of Korea's biggest male stars are teaming up for Master, a new action-thriller about a cop and con artist. Playing those lead roles will be Lee Byung-hun and Gang Dong-won, who both had films that became surprise blockbusters last month (Inside Men and Black Priests), while younger star Kim Woo-bin (Friend: The Great Legacy) is set to join them.
Master will be the sophomore film of director Jo Eui-seok, who previously made the hit surveillance thriller Cold Eyes with Seol Kyung-gu, Han Hyo-joo and Jung Woo-sung. The film went over 5.5 million admissions in 2013.
Master will be produced by Zip Cinema, which has already made three films with Gang (Black Priests, Haunters and Woochi) and Jo's Cold Eyes, while Opus (behind Snowpiercer and The Man from Nowhere) is on board to finance along with CJ Entertainment, which will distribute the picture. The film will begin production at some point in the first half of 2016
Tweet Post Submit