THE LADY IN THE CAR WITH GLASSES AND A GUN: After The Laughter Comes Tears In This Trailer 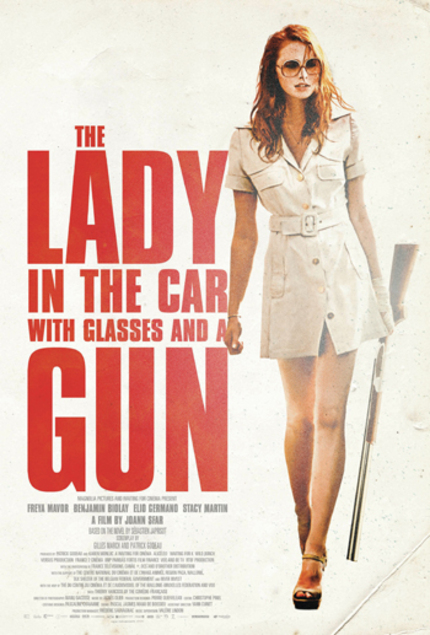 If you read a title of a film that was The Lady In The Car With Glasses And A Gun at first glance you may have thought that someone was trying to be cheeky with their take on exploitation cinema. A cheap, B-film grade knock off of a bygone era.

Thankfully this is not the case at all with Joann Sfar's upcoming French thriller. Magnolia Pictures is releasing the film in cinemas and on VOD on December 18th and they released a trailer yesterday.

A beautiful secretary steals her boss' sports car to go joyriding in this stylish psychological thriller. She goes to visit a seaside town she swears she's never been to, but everyone knows her name. And when a body turns up in the truck of the car, she is suddenly the lead suspect in a murder she knows nothing about. Is she going crazy? Based on a novel by Sébastien Japrisot (One Deadly Summer, A Very Long Engagement).

First of all. Zowie. The art direction really captures an era. This film looks fantastic, not like some cheap knock off at ll. The song by Wendy René, After Laughter (Comes Tears) is a perfect choice to set the mood. And gosh darn it if this is not the most sensual and sexy thing you will watch today. Then comes the gun.

The Lady In The Car With Glasses And A Gun stars Freya Mavor, Benjamin Biolay, Elio Germano, and Stacy Martin.

Do you feel this content is inappropriate or infringes upon your rights? Click here to report it, or see our DMCA policy.
Benjamin BiolayElio GermanoFreya MavorSébastien JaprisotStacy MartinThe Lady In The Car With Glasses And A Gun