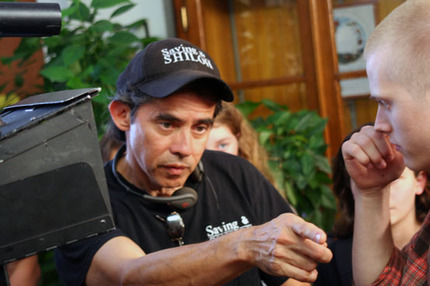 Filmmaker Sandy Tung has had a long and respectable career in independent filmmaking. Best known by many for his family films such as Shiloh 2: Shiloh Season, Alice Upside Down, and the award-winning Saving Shiloh, Sandy now changes pace, venturing into edgier territory with his new adult drama, Evan's Crime.

In this newly recorded audio interview, Sandy speaks about Evan's Crime, why he made it, and working with the stars of the film Douglas Smith and David Arquette. He also recalls the production of Saving Shiloh and Alice Upside Down, both filmed in St. Louis, MO.

Sandy returns to St. Louis this weekend as Evan's Crime will screen at the St. Louis International Film Festival on Saturday, November 7, 2015, at 2:45 p.m.