Crowdfund This! Stewart Buck's A WORLD WAR II FAIRYTALE Dives Into What Michael Mann's THE KEEP Could Have Been 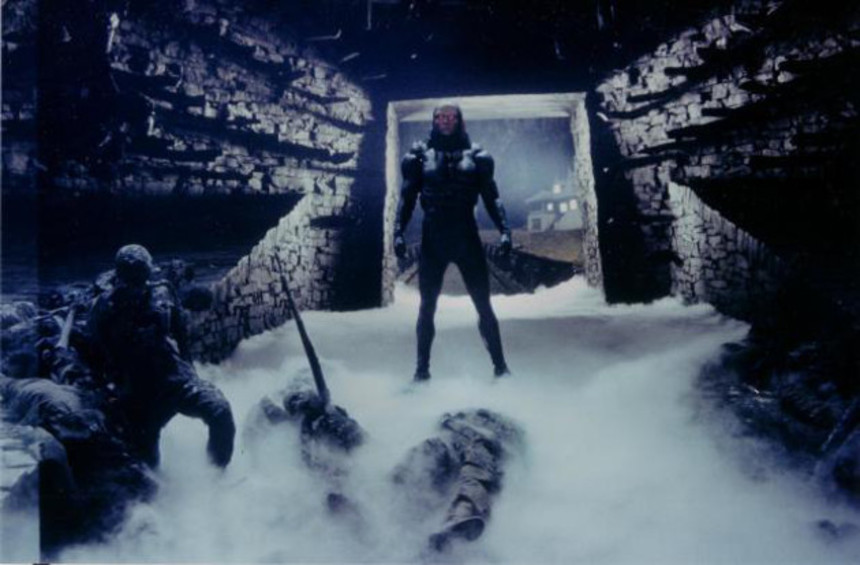 Whenever a certain sort of film geek gets together to discuss the great cinematic what-if's - what could have happened if only director x was given free reign to do what he wanted with film y - there are certain titles that invariably rise to the surface. Dune generally leads the conversations, both the Lynch and Jodorowsky versions - and before very long the conversation invariably turns to Michael Mann's The Keep.

Starring Ian McKellen, Gabriel Byrne and Scott Glenn the film was designed from the ground up to be something entirely unique, an 'adult fairytale' that fused themes of the second world war with overt fantasy elements. And, sure, now - in the post Pan's Labyrinth world - that doesn't seem like a particularly shocking concept but back then? Back when they were making it? Back then it was positively revolutionary, and the powers that be kind of lost their shit, could resist meddling and the film ultimately released is not the film that the immensely talented crew set out to make.

And now director Stewart Buck wants to share what could have been, having gained remarkable access to unused materials and core crew to share the largely untold story of The Keep in his feature documentary A World War II Fairy Tale. And they're looking for help to finish it off. Producers are looking to raise fifty thousand pounds to get the film through post production and pay the necessary license fees to be able to actually release this thing and with the amount of work done already that seems like a remarkably safe bet. Check out their pitch below!

Do you feel this content is inappropriate or infringes upon your rights? Click here to report it, or see our DMCA policy.
a world war ii fairytalecrowd fundingdocumentarymichael mannstewart buckthe keep