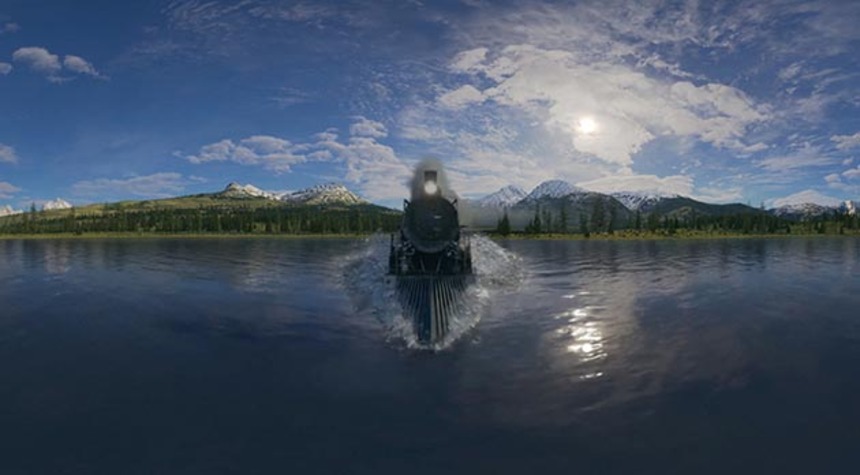 There's no doubt that "Virtual Reality" and "Immersive Storytelling" are buzzworthy terms in media these days. With consumer-ready VR setups just around the corner and first-person narratives (like Hardcore) already arriving, it feels like we are right on the precipice of a whole new form of media consumption... and it's super exciting.

AFI Fest is embracing the medium this weekend with an entire two-day symposium packed with speakers and tech demonstrations revolving around Immersive Storytelling and VR. Best of all, it's totally free (you need to grab your tix for the different events here). Come on down to Hollywood's Roosevelt Hotel on Saturday Nov 7 and Sunday Nov 8 from 11am to 4pm to find out what's next in this exciting new field.

The full lineup of events follows:

Immersive Storytelling Case Studies - Saturday, November 7
Led by the creative talent behind some of Google's latest Jump projects and Spotlight Stories, this is an in-depth conversation about the development and production of 360-degree and VR films. Panelists include Jessica Brillhart (Principal Filmmaker, Google Jump and Director of WORLD TOUR), Karen Dufilho-Rosen (Executive Producer, Google Spotlight Stories) and Todd Makurath (President and CEO, Bullitt and Executive Producer of HELP).

AFI FEST invites attendees to sample this emerging technology. Guests can experience and interact with these immersive and virtual reality films on display at The Hollywood Roosevelt on November 7, 12:00 p.m.-6:00 p.m., and November 8, 11:00 a.m.-6:00 p.m.

EVOLUTION OF VERSE (pictured) - A photorealistic, CG-rendered 3D Virtual Reality film takes the viewer on a journey from one beginning to another. DIR Chris Milk. USA

THE MISSION - With immersive 360-degree shots, THE MISSION follows the adventure of a WWII Special Operations team that is dropped into a raging battle on the Eastern Front. DIR Matthew Gratzner. USA

WORLD TOUR - A journey through the vast experiences of our world. DIR Jessica Brillhart. USA

POSSIBILIA - In this astonishing interactive narrative film by acclaimed directing duo, The Daniels, the tumultuous lives of two quarreling lovers unravel and participants choose how any given scene will play out from 16 parallel universes. DIRS The Daniels. USA. This will be on display at The Hollywood Roosevelt from Nov. 7-12.

Do you feel this content is inappropriate or infringes upon your rights? Click here to report it, or see our DMCA policy.
AFIAFI FestLos AngelesVirtual RealityVR