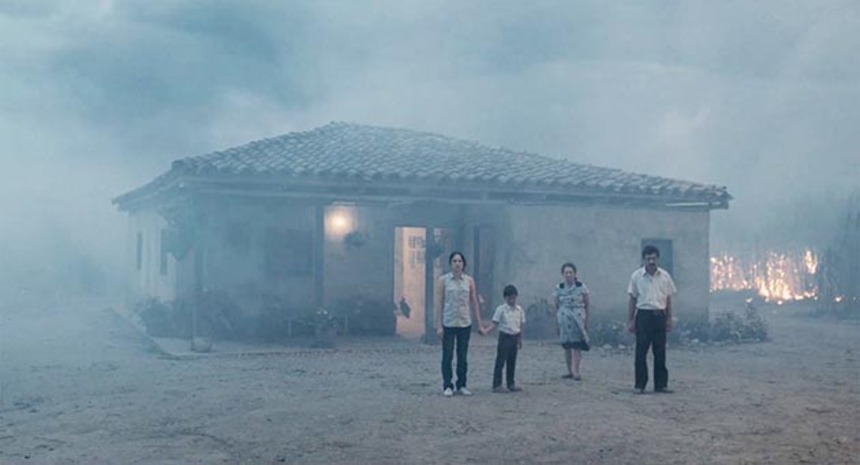 The 2015 edition of AFI Fest wraps up tonight with the gala premiere of The Big Short. But before things get swept up at Hollywood & Highland, the festival has announced its Jury and Audience Awards for this year's fest.

The features jury is charged with giving prizes to films in the "New Auteurs" section. The panel gave their top Grand Jury Award to César Augusto Acevedo's Colombian tale Land and Shade. They also gave a special mention for directing to Alice Wincour's Disorder and special mention for screenplay to writer/director Lorenzo Vigas's Desde Allá.

All the awards including the prizes for shorts are below.

The Jury Awards honored works from the New Auteurs section, which highlighted 11 films from first and second-time feature film directors, and the Shorts section, which included 53 films representing diverse international perspectives.  The Audience Award winners were selected from among 54 films in these festival sections:  American Independents, Breakthrough, New Auteur and World Cinema.

Jury Statement: "For its visual eloquence, formal rigor and emotional power, the New Auteurs Grand Jury Award goes to LAND AND SHADE. Its observations of economic exploitation and environmental degradation are as incisive as its characters are fully realized. Writer director César Augusto Acevedo's debut feature is an indelible portrait of a family in rural Colombia, told with unwavering compassion and Bressonian grace."

Jury Statement: "For the taut and muscular direction of her viscerally entertaining thriller DISORDER, the jury recognizes writer/director Alice Winocour with a Special Jury Mention. Through precise execution of her material, Winocour subverts expectations commonly associated with genre films to deliver a bracing experience that stuns and surprises."

Jury Statement: "A tense, sensitive and unpredictable exploration of an improbable but emotionally believable relationship, the screenplay for DESDE ALLÁ merits a Special Jury Mention for its heartbreaking characters and its keen insights into the prejudices, alienation, social divides and desperate need for control that allow love to both bloom and wither."

Jury Statement: "This film pushes the boundaries not only of filmmaking technique but also social convention."

Jury Statement: "By selecting and editing these gems from years worth of archival footage, these shorts shine a light on the marriage of politics and performance."

Jury Statement: "This film has many merits, but we were struck most by its sharp wit, character and spirit."

Jury Statement: "This film creates a world unlike any we've seen before. It was a privilege to have been invited in."

Do you feel this content is inappropriate or infringes upon your rights? Click here to report it, or see our DMCA policy.
AFI FestAwardsFestival AwardsLos Angeles