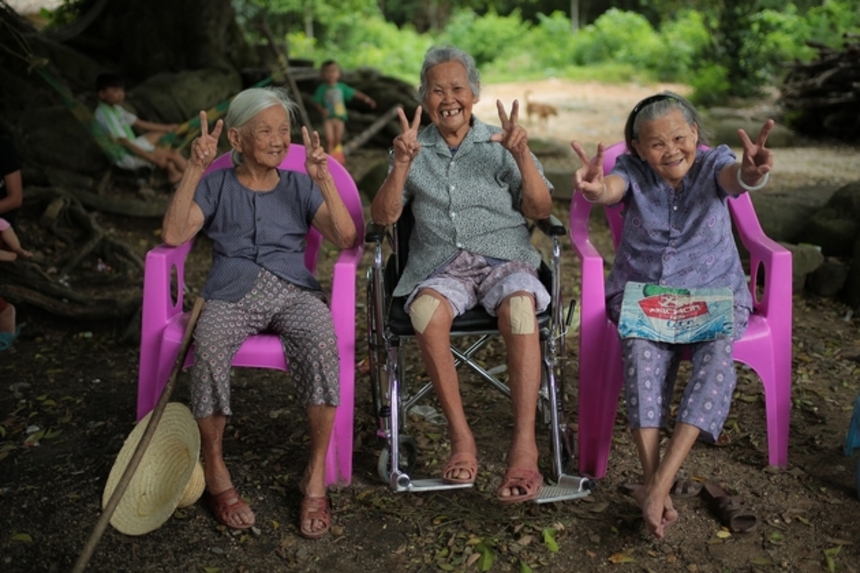 One of most sensitive topics in regional Far East Asian politics these days, Japan's use of comfort women during the wane of its colonial empire is a constant talking point on the news. Among the more sobering and least sentimental treatments of the subject to come about in the last few years, Guo Ke's Chinese documentary Twenty Two (which was co-produced with Korea) sought out the 22 remaining comfort women in China, the last survivors of a group that numbered some 200,000 at its peak during Word Word II.

Though handsomely shot and poignant at times, Guo's work is also marred by a certain amount of lethargy. Some of the atrocities recounted by the former comfort women are heart-wrenching and rendered effective by being shown without embellishment, but by seeking to investigate the current lives of all remaining 22 survivors, the quality and impact of the testimonies vary greatly. Among the survivors are those who are understandably reticent and divulge little, while others decline to be filmed at all. Yet this shyness also leads to the film's strongest scenes, when women stop speaking and break down, dealing with the onslaught of bad memories.

China's case is not unique, as other nations are still baldy scarred by the terrible liberties exercised by the Japanese military prior to the end of WWII. It's no accident that the film was co-produced with Korea, as this is a story that also belongs to them, as many Korean comfort women were brought to Manchuria, a fact that is carefully detailed on screen. On the 70th anniversary of Japan's surrender and the end of sexual slavery, Korea is still grappling with Japan's refusal to acknowledge the atrocities that took place.

Too slow-going for most and without a consistent emotional center, Twenty Two proves merely to be a well-meaning and sober but scattershot document of elderly victims living a bleak present-day existence. Despite the natural impact of the subject, the film's strongest asset proves to be its redolent photography, which gives the proceedings a dark, earthy feel, framing the woman as pieces of their shanty homes, as elements in the harsh natural landscape frequently battered with rain.

Twenty Two marks Guo's first feature-length documentary and follows his mid-length work Thirty Two, which dealt with the same subject in 2012, when there were still 32 survivors in China. Clearly these people won't be around much longer to tell their stories, but the ignominy they endured is unlikely to disappear with them as the ranks continue to dwindle.

Do you feel this content is inappropriate or infringes upon your rights? Click here to report it, or see our DMCA policy.
biffbusan film festivalchinese documentarycolonial empirecomfort womenguo kejapantwenty two 22