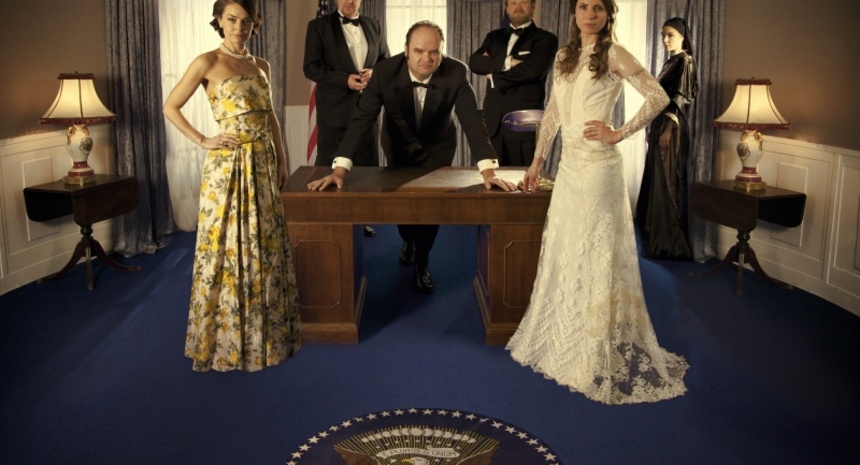 Dag dislikes people. All of them. Strongly. He would like nothing more than to be simply left alone to enjoy a good meal alone at home, while listening to his vast collection of music. Because he does not like people. Which is something of an unusual characteristic for a man who works as a relationship counselor, and one that invariably leads him to begin his sessions by asking his clients if they've considered divorce. Because if they haven't, they probably should.

But being a human himself, Dag cannot entirely escape the plague of human contact. There is his eccentric receptionist, for one. He has to see her every day. And there's his sex addict best friend, freshly released from prison and back in the orbit of his ex-fiance's moderately terrifying extended family of angry (and drug-dealing) Serbs. And then, for reasons Dag himself is not entirely certain he understands, there is his (mostly) reformed ex-hippy girlfriend whom he actually spends time with voluntarily. Welcome to the world of Dag, the hit Norwegian television series about to enter its fourth season, more than half of which was presented to audiences for the first time at Fantastic Fest.

Anchored by the fabulous writing of helmer Oystein Karlsen - whose resume also includes for ScreenAnarchy fave feature film Fuck Up as well as a stint directing Lillyhammer - Dag deftly balances the bleak and the hopeful, the outrageous with the heartfelt. This is a show that can move seemingly without effort from the cocaine fueled rage of an angry badger (really) to sincere takes on loss and mortality seemingly without missing a beat. While Karlsen certainly is not shy about pushing his characters into extreme situations in the name of a laugh - there is seemingly no shame that sex addict Benedikt is not willing to endure - his particular gift is in never losing their core humanity while doing so, of never choosing cynicism over hope.

Atle Antonesen provides the literal heart of the show on screen as the titular Dag, his hangdog performance taking a character who could have easily devolved into angry cynicism and instead finding a sort of fractured grace, playing Dag as a man slowly coming to realize that he has spent his entire life afraid to engage with the world and has hurt himself more in the process than anyone else ever could have. And while much of the humor comes from his ultimately self protective rantings the real heart of the show is found in his tentative attempts at overcoming himself. Other key performers - Tuva Novotny as love interest Eva, Anders Baasmo Christiansen as Benedikt and Agnes Kittelsen as Dag's absolutely hysterical receptionist Malin - are all equally strong.

Dag may be afraid to fall in love with you but you'll have no trouble at all falling in love with Dag. This is fabulous stuff, one of the strongest comedies on television anywhere in the world today.

Do you feel this content is inappropriate or infringes upon your rights? Click here to report it, or see our DMCA policy.
dagfantastic fest 2015fuck upoystein karlsenreview