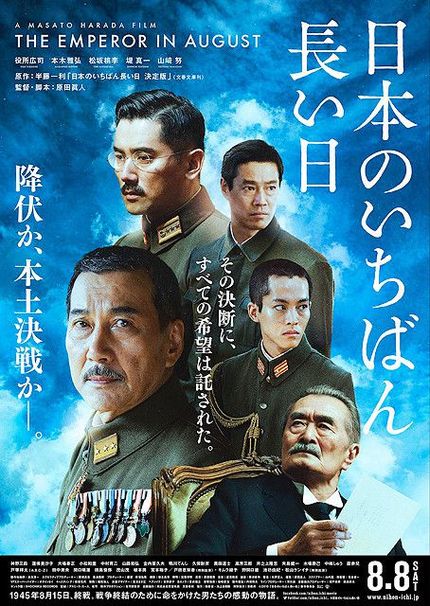 Yakusho Koji - a great favorite in these parts thanks to his frequent collaborations with Kurosawa Kiyoshi - anchors an all star cast in director Harada Masato's upcoming Japanese war picture The Emperor In August. But while most war pictures tend to be concerned with war itself Masato's picture takes a very different approach, looking instead at the day before the Japanese surrender at the end of World War Two.

On August 14th, 1945, at an Imperial conference, the Showa Emperor, Hirohito, finally decided to accept the Potsdam Declaration. However, some young firebrand Army officers insisted on continuing the war and conspired to launch a coup. Anami, the Minister of War, was pressed to make an extremely difficult decision.

Yakusho plays General Anami Korechika with familiar faces Motoki Masahiro, Matsuzaka Tori and Tsutsumi Shinichi rounding out the cast of what looks to be a gorgeously accomplished film. Check out the trailer below!