The Residents To Perform At L'Etrange 2015 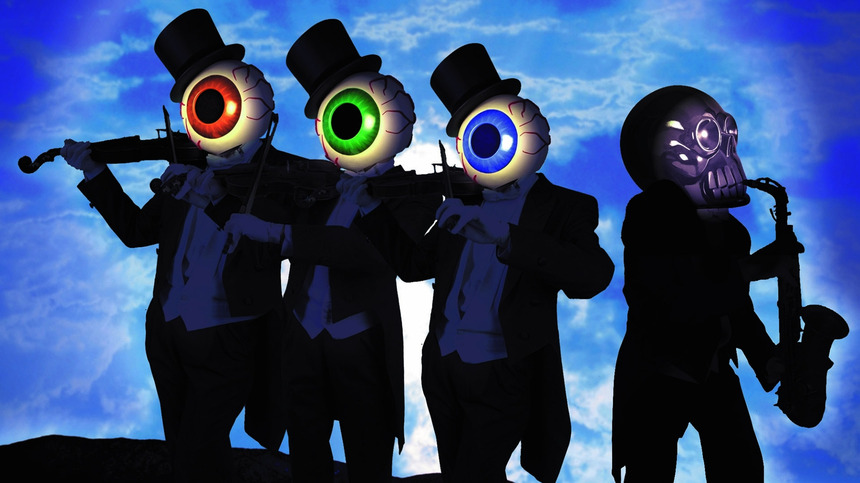 There are giant eyeballs headed to Paris with word that iconic rock band The Residents will appear at the 2015 edition of the L'Etrange Festival.

After Kenneth Anger in 2012, Jello Biafra in 2013 and The Pere Ubu Film Group in 2014, THE RESIDENTS will take L'ETRANGE FESTIVAL 2015 by storm! The XXIst edition of L'Etrange Festival will take place in Forum des Images, Paris from September 3 to 13.

The RESIDENTS are ''The most influential collective in the history of  20th century pop music'' according to Simpsons' creator Matt Groening, long-time fan and official biographer of the band

The RESIDENTS will perform Shadowland, third and final part of their Randy, Chuck and Bob trilogy two evenings in a row and in a brand new version. This will be an European exclusivity (organized in collaboration between L'Etrange Festival and La Mécanique Ondulatoire).

The RESIDENTS will also propose our audience a collection of their film classics (including previously unreleased materiel) and the French Premiere of Don Hardy's documentary Theory of Oscurity: a film about the Residents.