Fantasia 2015 Review: 25 Years On, THE REFLECTING SKIN Remains A Wonder 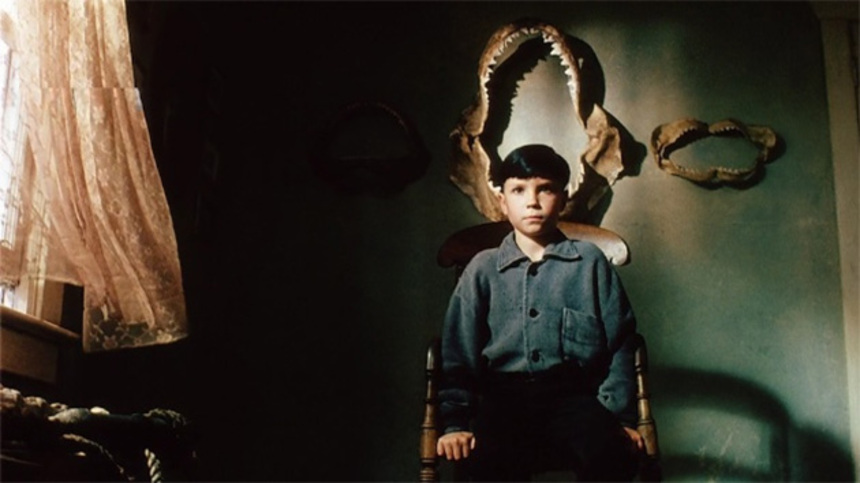 Seeing The Reflecting Skin for the first time, the 1990 film by Philip Ridley, starring Viggo Mortensen and Lindsay Duncan, one can't help but wonder how the hell the thing ever got made.

I'd previously never even heard of the flick, surely a testament to my lack of knowledge about late century UK/Canadian co-productions. The film would have come out when I was in High School, but it's hard to see that in the year of Home Alone, Dances With Wolves and Total Recall this being the work I'd seek out. Yet with that context the films it most closely echoes are those from only a few years earlier - the sundrenched fields of Days of Heaven providing a more rural backdrop for the abstruseness and surrealism of Blue Velvet.

Yet even contextualized like this the film feels like it's out of time. I can't imagine what the production meetings were like, who had the gall (or wisdom) to greenlight a film that on paper was never going to reach a wide audience. Yet the national broadcaster of England and the major funder of Canadian film put their faith in this project by the young director (Ridley was only 26 at the time), and the work would go on to premiere at TIFF and win numerous awards at Locarno, Sitges and other fests during its run.

Coming to the film as a fresh work now, with none of that baggage, one can easily see what all the fuss was about. Dick Pope's sumptuous photography is just as impactful as it must have been 25 years ago, the seas of wheat and rusted farm equipment providing a rich, rural visual palate against which the gothic tale is told.

The film starts with some childhood hooliganism, and the amphibial slaughter is certainly a unique way to introduce a character. The roundfaced Jeremy Cooper plays Seth Dove, and he's the center of the entire narrative. When he's not terrorising the neighbours Seth's hanging out in a barn with his friends or being scolded and harassed by his fragile and shrill mother. Only his father, the man who reeks of gasoline, seems to connect with the boy. Reading a pulpy magazine about vampires sets off in the child thoughts of the macabre that end up taking a tragic trajectory.

Spelling out the plot does the film some injustice, if only because the storyline seems completely secondary to the intent of creating mood. There's flurries of violence and argumentation, and a smattering of strange occurrences and stranger characters that all create an intoxicating brew. Yet I'm not sure we're meant to spend too much time really thinking about how it all comes together, or worrying about the backstory of the seemingly pederastic greasers riding in a black Cadillac. Instead, we linger on the beauty of a well-worn whaling harpoon, or marvel at the speckled hay dust dancing in front of the lens as warm sunlight drenches the inside of a barn.

This isn't a film that gives many answers, and when it does it underscores then with all the subtlety of a trainwreck. The closing scene in particular is pretty ridiculous, even if the recognition of the protagonist is perhaps worthy of some slightly less overt remonstration.

There is a blackly comic element to the film that at times feels intentional and at others not so much. Yet even at its most arch the film remains thoroughly enjoyable, like you're on some sort of maudlin ride where fish-smelling foetuses and parental immolation are all part of regular occurrence. If there's one metatextual disappointment it's that the relatively small audience for the film didn't result in a early-90s explosion of parents naming their daughters "Dolphin", but perhaps that's simply too much to ask for.

Viggo shows up well into the film, and we see an early example of his willingness to be both vulnerable and venomous. Naturally, too, we see his buttocks, surely at least part of the appeal for some audience members. It's a beautifully realized scene of vulnerability (echoing perhaps the famous photo of Lennon/Ono by Leibovitz) and it's one of the film's most striking moments.

Much of The Reflecting Skin may leave you shaking your head, yet this is by no means one of those "cult" films that's beloved for being kitschy. There's real artistry at work throughout much of it, and even if may of the performances rise to the level of operatic incredulity, there still very much is the heart of a compelling tale. There's a nastiness mixed with nostalgia that feels very inviting, and even obnoxious children being hellions can't spoil the fun.

Thanks to a new restoration the film's digital presentation looked extraordinary, showcasing Pope's photography to its fullest extent. As a strange slice of Canadiana it now feels like a true discovery, a kind of prairie surrealism that presages with the works of Guy Maddin, and illustrates how Gilliam's similarly themed (and set) Tideland failed to live up to the balance bewtween narrative thrust and incoherence that Ridley deftly navigates.

The Reflecting Skin is a strange, at times wonderful film, one that leaves more questions open than answers. Its palate and performances collide in ways that seem unique decades on. While some of the moments are more risible than perhaps intended, as a complete work it's an astonishing slice of strange cinema. Like me you may shake your head and wonder how the hell this thing got made at the time that it was, but like me you'll be very glad that Ridley and co. managed to bring it all together.

Do you feel this content is inappropriate or infringes upon your rights? Click here to report it, or see our DMCA policy.
fantasia 2015Fantasia Festivalthe reflecting skinviggo mortensen philip ridleyPhilip RidleyViggo MortensenLindsay DuncanJeremy CooperSheila MooreDramaHorrorThriller