Destroy All Monsters: It's All Fan Fiction Now 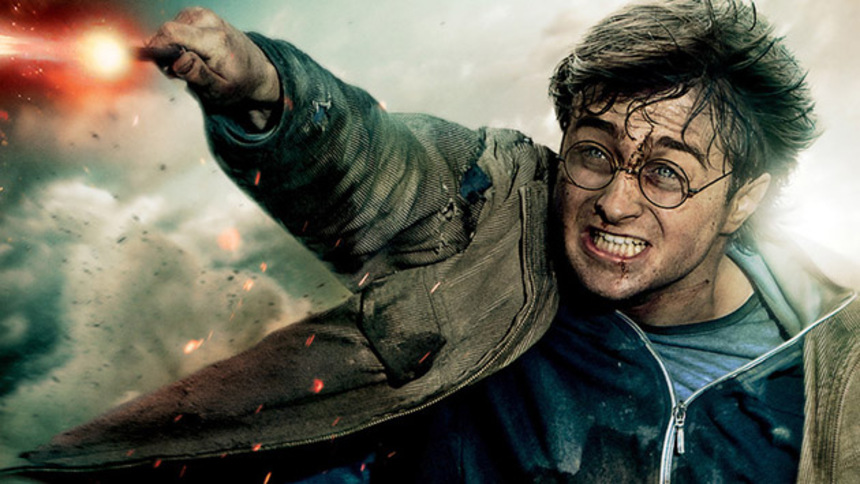 Next year will be the return of the Harry Potter universe in a big way: as if the kickoff of the new trilogy, Fantastic Beasts and Where To Find Them (written by author J.K. Rowling herself, and directed by 4-time Potter vet David Yates), weren't enough, this week saw the announcement of Harry Potter and the Cursed Child, a stage play which explores and expands upon the existing Potter storyline.

These examples, along with her frequent digressions into Pottermore to drop some backstory for miscellaneous characters, demonstrate that Rowling is not immune to the tendencies that seem to plague the creators of rich fantasy worlds: the inability to leave them once they're done. George Lucas, J.R.R. Tolkien (and Peter Jackson), and George Miller kept going back, too - with varying levels of popular success.

I've written before about my concerns about stories without endings, so I won't dive back into that here. I suppose the inevitable reality of rich fantasy worlds is that they're, well, rich; they're more than just stages for their own stories.

If a creator crams enough detail into a compelling frame for their flight-of-fancy story, it ceases to be a venue for just the prime story the creator is telling, and becomes a shared experience of a set of ideas and memes that millions, and sometimes billions, of people can personalize and enjoy.

This used to be how we got fan fiction, traded around before the internet by means I can't even imagine, but expanded and exploded by online availability into an output which now almost always dwarfs the content of the original story itself.

Except now, the line between fan fiction and "canon" fiction, for all intents and purposes, doesn't exist any more.

It was tricky enough in the era of "expanded universe" content - what, exactly, is the Heir to the Empire trilogy, written by Timothy Zahn but approved by George Lucas? What is Buffy Season 8, a comic book written by Joss Whedon but which features none of the creative choices of the actors, writers, and directors who made the Buffy the Vampire Slayer TV show?

But even those distinctions are the bastion of clarity when compared with what we have now. When J.K. Rowling is writing her own fan fiction - because seriously, what about the Pottermore stories, the 1930s-set Fantastic Beasts, and The Cursed Child sets them apart from any other unusually on-voice written by someone whose name isn't J.K. Rowling? - and Lucasfilm is ploughing ahead with an Episode VII that is "canon" but doesn't directly involve George Lucas, the whole conversation has been rendered, if not moot, then so confusing that arriving at a new definition of what makes a "true" part of a story vs. an acolyte's add-on is basically impossible.

(Let's digress for a moment here to enjoy the gigantic social media shitstorm the braintrust behind 50 Shades of Grey conjured up this week with their own fan fiction nightmare: the #AskELJames online Q&A. Public relations problems aside, when a fan fiction author can amass a 3-picture movie deal, the conversation's over.)

Terminator Ginysysy opens today, and with or without James Cameron doing his friend Arnie a favour and proclaiming that it's "the real Terminator 3," Cameron's former franchise is a great example of what can happen when new creative personnel attempt to carry on storytelling within a conversation that the creator, himself, has ended.

(This differs Terminator from, say, Star Trek or other franchises that regularly undergo changes of creatives at the top line. If Peter Jackson decided to go ahead and write The Lord of the Rings 4: Gollum's Revenge next year, he'd be pulling a Terminator, not a Star Trek Beyond.)

The Force Awakens may prove another example - possibly the biggest-ever example of a fan eventually finding himself in a position to play in the original creator's sandbox (uh, almost literally) at an incredible level of budget and legitimacy. The weirdest, or most charming, thing about the whole enterprise is the idea that J.J. Abrams is "one of us," a grown-up Star Wars fan who has jumped the line from playing with the action figures in his back yard to playing with the real thing. This suggests that any other one of us might have arrived at the same place, given the right set of choices.

It's the lottery-winning poignancy of that, I think, that drives the whole model, at least subconsciously: breaking down the barrier between the pantheon of creators who have engineered these fictional universes that we love so much, and we consumers, many of whom have been driven into creative careers or career aspirations by those very same movies, comics, and TV shows; and might, therefore, want to believe that we'd be just as capable of picking up the baton, were it ever to be, miraculously, handed to us.

On one level, it's democratizing: just create, the fan fiction model tells us; and it no longer matters if you use your own set of rules or someone else's, because the best of you will eventually get called up to the majors anyway. When I was in film school, I used to make fun of people who spent their time and money making fan films instead of their own creative work. Now, I'm pretty sure one of those people will end up directing Episode 10.

Do you feel this content is inappropriate or infringes upon your rights? Click here to report it, or see our DMCA policy.
Harry PotterJJ AbramsJK RowlingStar Wars