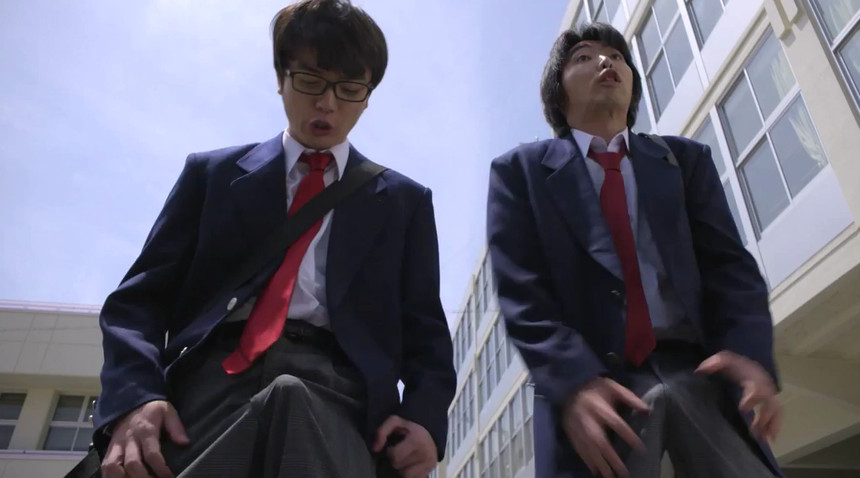 Middle aged men with a fixation on teenaged girls' panties ... well, they get a little bit creepy, don't they? And, yes, panty shots are once again a prime feature in a Sono Sion film and, yes, I'm finding his whole fixation more than a little bit creepy as he's now got at least a handful of titles to his name that feature upskirt shots as a significant thematic trend. Which is kind of icky. Though this one, at least, at least throws a few boner jokes into the mix as well.

The film in question is Sono's big screen adaptation of Wakasugi Kiminori's manga All Esper Dayo, with Himizu star Shometani Sota in the lead in the comedy revolving around a group of teens who develop telepathic powers. Sono also directed a TV version of the manga for TV Tokyo.

The first teaser for this one is now freshly online, check it out below!

Do you feel this content is inappropriate or infringes upon your rights? Click here to report it, or see our DMCA policy.
all esper dayomangasion sonosono siontrailer

More about All Esper Dayo!

Exactly what I was expecting, considering I've seen the TV series, except for Kaho not returning, who is now played by Elaiza Ikeda.