If you didn't catch last week's preview of the Cannes 2015 Palme d'Or Competition, go check that out now. Today we continue our Cannes coverage with a preview of the sidebar Director's Fortnight and Critic's Week programs. These are a just a few of the titles that we're excited to see.


Ben Croll and Pierce Conran contributed to this story. 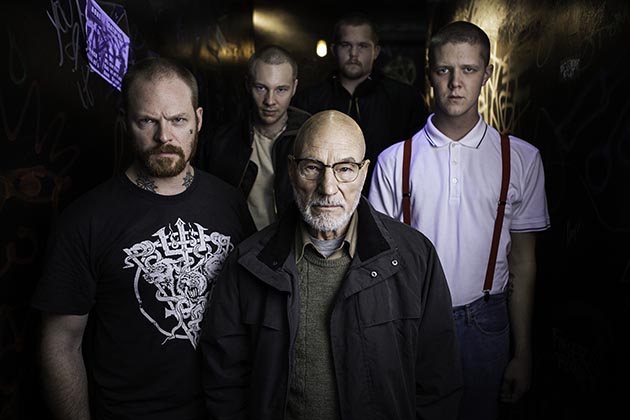 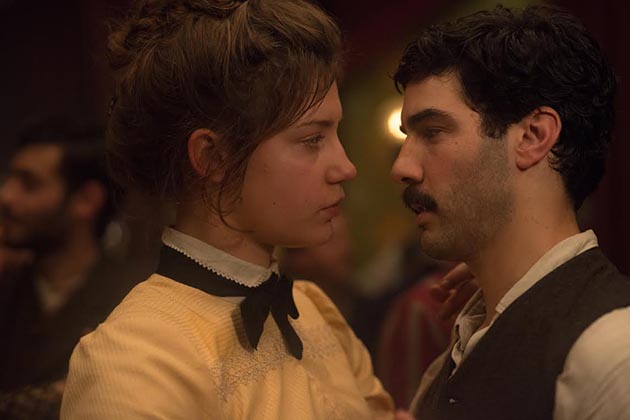 There they are, the prom king and queen of Cannes. Both Tahar Rahim and Adele Exarchopoulos pretty much owe their careers to their explosive festival debuts. He launched with 2009’s A Prophet, she with 2013’s Blue is the Warmest Color.

Since 2009 he’s had some time to develop his, working with several big-name directors and becoming a reliable box-office draw. For Adele, this marks her first major role since her incendiary 2013 appearance, so it will be interesting to see how her career goes forward.

While The Anarchists may not offer a similar shock-of-the-new — that’s the problem when no longer an unknown! — it does have all the elements to make for an old school good time. Set in 1899 Paris, Rahim plays a police agent tasked with infiltrating a group of radical subversives. Things veer far off course when he develops feelings for one of them (Exarchopoulos, of course), and becomes more and more sympathetic to their cause. - Ben Croll 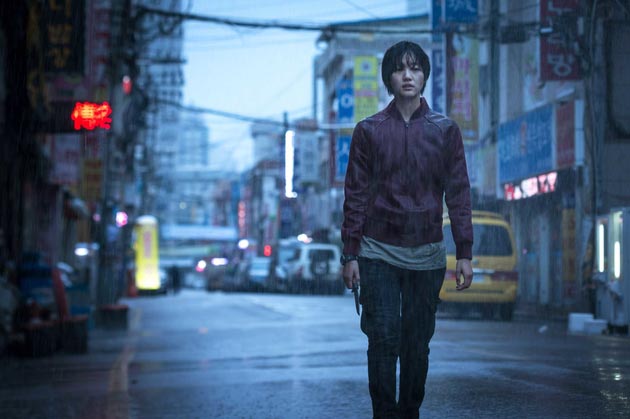 First time director Han Jun-hee takes his shot at the gangster revenge subgenre with a female leading cast and buckets of style in Coin Locker Girl (called Chinatown in Korea).

Glamorous leading lady Kim Hye-soo takes on a new challenge as a frumpy but vicious loan shark operation boss who fosters abandoned children, turning them into her violent minions. Among them is Il-young (played by Eungyo’s ingenue stalet Kim Go-eun), a teenager left in a subway coin locker as an infant, who has grown into an effective debt collector but goes against her matriarch when a young debtor awakens something inside her.

With its seedy Chinatown backdrop (not to mention struggling and swindled immigrants) and appealing actors playing against type, Coin Locker Girl looks to have approached a familiar story with a new light. - Pierce Conran 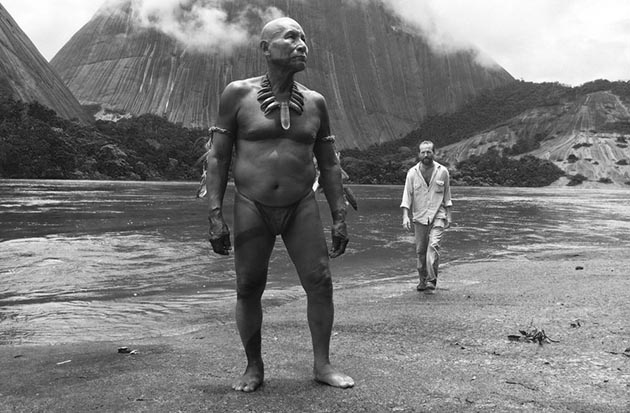 The story of a forty-year friendship between European explorers and a last-of-his-kind shaman as they trace the Colombian Amazon, searching for a mythical plant with healing properties.

The story alone sounds interesting enough, but then you throw in this otherworldly visual scheme, all wide lenses and burnished black & white, and you have the makings of a kind of fever dream that might give festivalgoers delirium. Hell, I only watched the trailer and already feel elevated. - Ben Croll 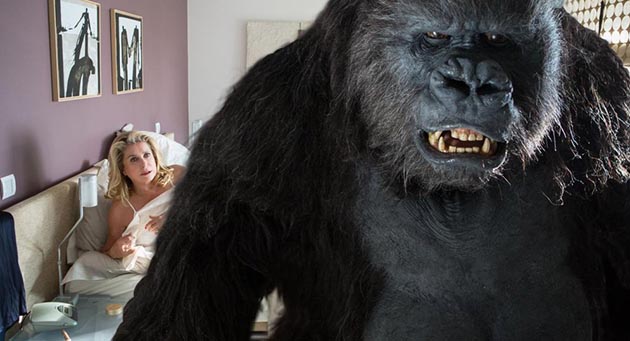 What if God was a prickly S.O.B. who lived in Brussels?

What if he had a surly teenage daughter, who got back at him by texting every person in the world the time and date of his or her death?

What if God was played by Benoit Poelvoorde, co-director and star of the black-as-coal serial killer mockumentary Man Bites Dog?

What if you read that description, and saw that photo, and didn’t expect this was our number one movie to see? - Ben Croll 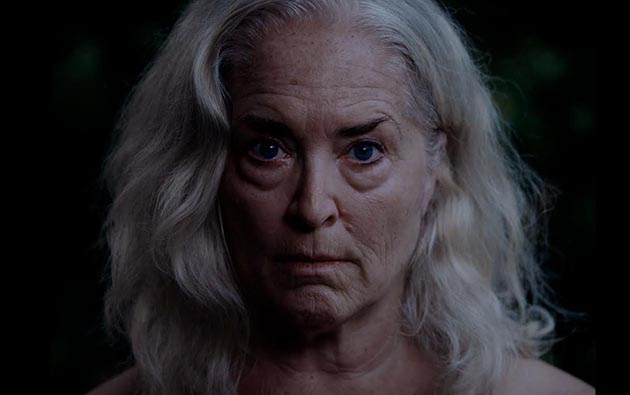 A fiery portrait of a woman on the brink, Krisha caused a major stir at April’s South By Southwest and won the festival’s two major awards. The film apparently has some fun blurring the lines between fiction and real life. Main character Krisha Fairchild is played by the real Krisha; her nephew Trey is played by director Trey Edward Shults, and so on.

Shults sights Terrence Malick as his mentor and claims the older director’s influence is built deeply into the film. And by shooting the film in his own house, using friends and family to tell a highwire story of breakdown and addiction, Krisha seems equally open to John Cassavetes comparisons. Malick and Cassavetes. Pretty damned good as far inspirations go. - Ben Croll

The Quinzaine closer is this coming-of-age Sundance hit about inner city nerds. Produced by Forrest Whitaker, Dope was scooped up by Open Road for release later this year. - Ryland Aldrich 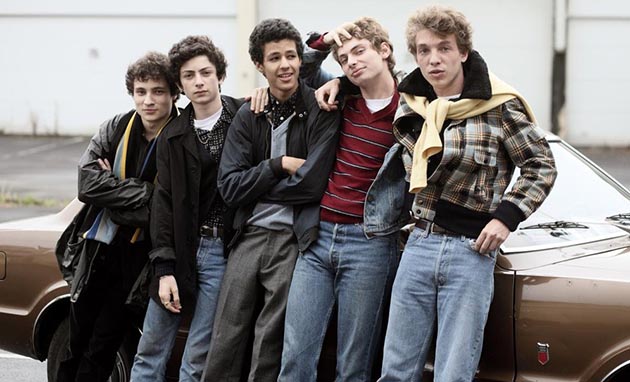 So much was this film considered the lockiest lock for a Competition slot, that its subsequent exclusion was treated not as a curiosity but as a violent break-up. Cannes director Thierry Fremaux’s polite insistence that the festival just wanted to give new directors a shot went over about as well as “it’s not you, it’s me” and “I’d just like to try seeing other people” to some ears, casting a gloomy pall over the film.

Then Director’s Fortnight director Edouard Waintrop chimed in, picking up the film for his sidebar and claiming it Desplechin’s masterpiece. To which Fremaux very publicly scoffed in the press.

So these old blowhards are going to bicker back and forth, but you simply want to know is this film, a series of autobiographical portraits and memories from the director’s life, any good? And preferably from a source you can actually trust?

You’re in luck. Twitch’s own Loïc Valceschini recently caught up with it, and called it “my favorite film of 2015. Feverish & powerful, with a perfect cast.” So there you go. - Ben Croll 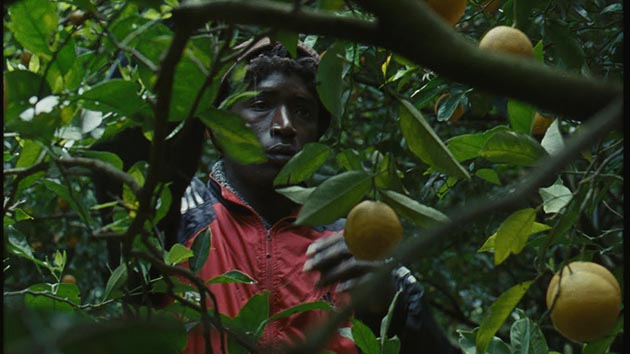 Following the tragic shipwrecks of the past month, this film, about the plights of the African migrants who illegally cross into Italy, feels grimly relevant. Still, I’m very much looking forward to seeing it, hoping that it can provide some context about what their lives are like; too often we only hear about them as statistics in the news.

Director Jonas Carpignano has a rather distinctive background. He is part African-American and part southern-Italian, and his work up to now has centered on these cross-cultural connections. Indeed, Mediterranea itself is listed as an Italian/American/German/French/Qatari production, with equal five languages spoken in the film. He was also an A.D. on the 2012’s sensation Beasts of the Southern Wild, and it seems that film’s director, Benh Zeitlin, has repaid the favour by co-composing Mediterranea's score. - Ben Croll 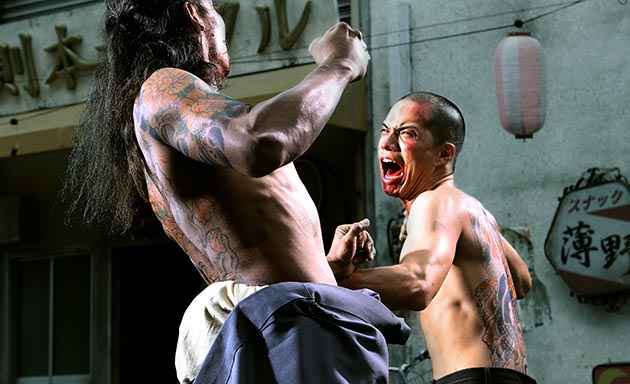