STAR WARS: ROGUE ONE, Many Bothans Died To Bring Us The Plot Details 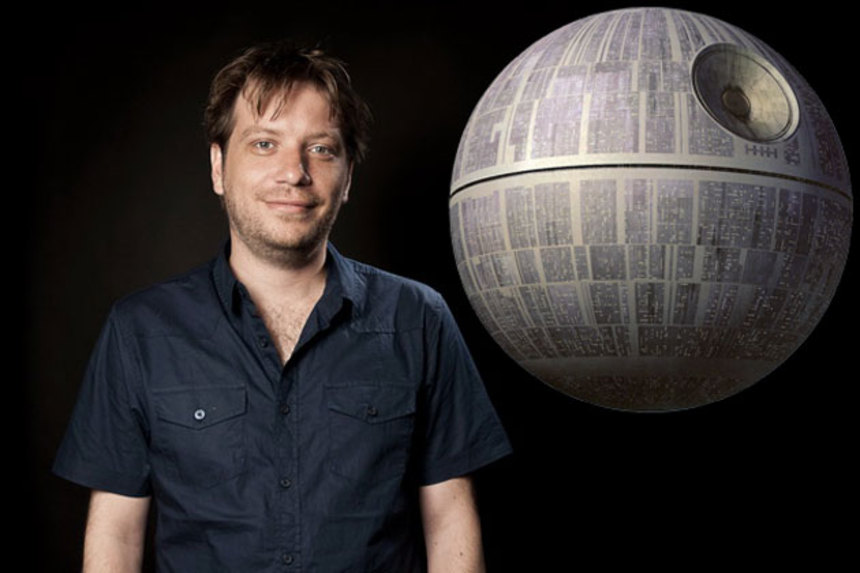 Variety has shared the plot details for Gareth Edwards' Star Wars anthology film, Rogue One. They were revealed at Star Wars Celebration today where the director was in attendance during a panel discussion for the film.

"A band of resistance fighters unite for a daring mission to steal the Death Star plans in Star Wars anthology film, Rogue One," the official Star Wars account tweeted on Sunday. The film will take place between Episode III and Episode IV, but closer to "A New Hope."

What is interesting is the director's influences and inspirations for Rogue One. We will see a very different Star Wars film than we are used to.

Edwards emphasized that the film is first and foremost a war movie, "It's called 'Star Wars,'" he pointed out. Below-the-line talent and production heads have previously worked on a number of combat films, with Edwards name-dropping "Zero Dark Thirty," "Black Hawk Down" and "Saving Private Ryan" to give fans an idea of "Rogue One's" inspirations.
Since "Rogue One" takes place in the aftermath of the destruction of the Jedi order, Edwards said "The absence of the Jedi is omnipresent." Instead of characters relying on the power of an unpredictable Force to save them, the film will center around "real," grounded human issues. "It's about the fact that God's not coming to save us... we have to do this ourselves," Edwards said. "It comes down to a group of individuals that don't have magic powers... that have to bring hope to the galaxy."

A teaser of sorts was played for those on hand but since filming does not begin until this Summer the description of it (below) contains no actual footage. It sounds like it was meant as more of a mood piece. During the panel Edwards revealed a concept art image that showed a squad of soldiers on the ground and in low-hovering crafts, faces covered and guns up as they ran towards an unseen threat in the darkness. (image via The Wrap) The teaser opened with a somewhat idyllic bird's eye view of a lush forest planet, showing a TIE fighter soaring above the trees before the camera pulled back to reveal the Death Star in close orbit. The teaser utilized one of Alec Guinness' lines from "A New Hope" in voiceover, as Obi-Wan Kenobi explains, "For over a thousand generations the Jedi Knights were the guardians of peace and justice in the Old Republic. Before the dark times. Before the Empire."

There are cam-jobs of this teaser up already. We will not be posting those, but will wait for the official drop later. The Death Star reveal is pretty cool though. Not Star Destroyer lying in the sand cool, but pretty darn close.
Tweet Post Submit

Do you feel this content is inappropriate or infringes upon your rights? Click here to report it, or see our DMCA policy.
Death StarGareth EdwardsRogue OneStar Wars