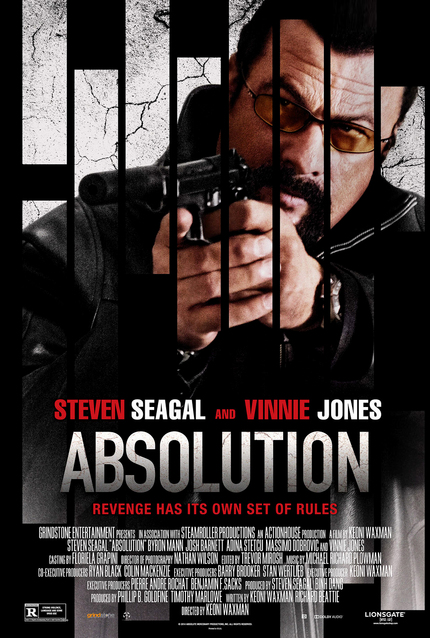 Steven Seagal returns to screens alongside Vinnie Jones in the upcoming Absolution and while the action veteran is not to be seen in this new, exclusive clip from the film have no fear: co-star Byron Mann's pretty damn good at laying on a beating as well and that's exactly what he's in there doing.

When a contract killer (Steven Seagal) encounters a girl on the run from a mob boss (Vinnie Jones) with powerful political ties, he is torn between protecting the girl, and remaining loyal to the government agency that hired him for the mission.

Check out the clip below! Absolution hits theaters and on-demand May 15th

Do you feel this content is inappropriate or infringes upon your rights? Click here to report it, or see our DMCA policy.
absolutionactionbyron mannclipmartial artssteven seagaltrailervinnie jones