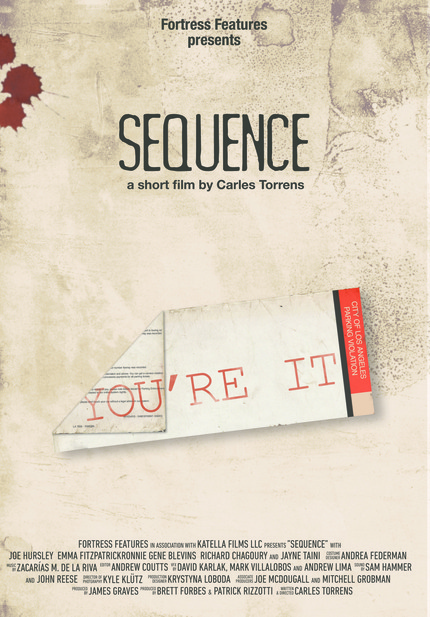 Since shocking audiences around the globe with his debut feature Emergo - released in the US as Apartment 143 - Barcelona born director Carles Torrens has engaged in a string of short films produced in his adopted US home and he scored a major hit on the festival circuit with his twisted thriller Sequence.

What would you do if you woke up one day, and realized the entire world had dreamed about you the night before? Welcome to Sequence, a short film by Carles Torrens that gives you a glimpse into the life of someone with this unique and particular problem.

A multiple award winner at festivals around the globe - including picking up the Canal+ Award at the renowned Clermont Ferrand International Short Film Festival, which is essentially Cannes for shorts - ScreenAnarchy is proud to present Sequence to online audiences for the first time. Check it out below.

Sequence from Carles Torrens on Vimeo.