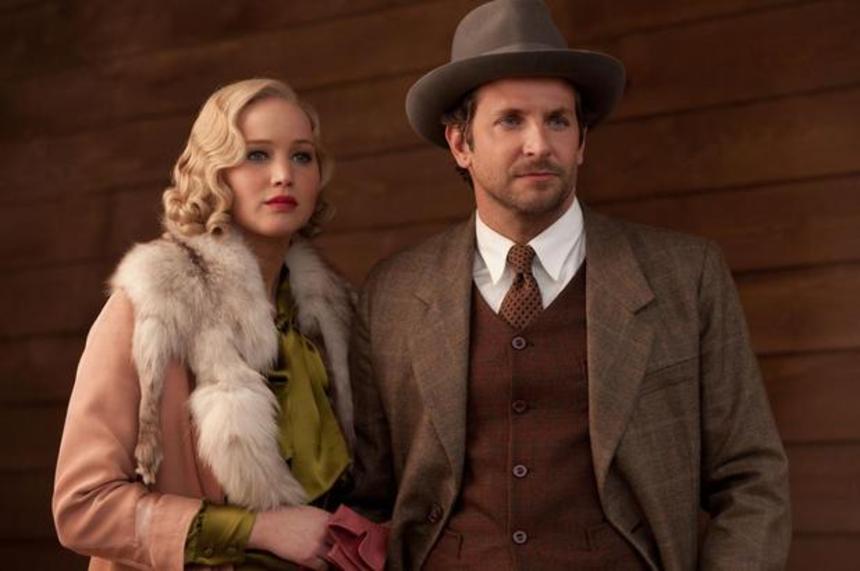 Hallmark Hall of Fame called, they said to stop right now - they do not have the budget for these movie stars...!
Lantern-lit wood cabins and literary based period melodrama do not guarantee a respectable film. The problems with Serena would make more sense if the making of the film had preceded David O. Russell's acclaimed 2012 charmer Silver Linings Playbook. That film demonstrated an appealing chemistry between the shared leads Jennifer Lawrence and Bradley Cooper, leaving one wanting more of them together on screen.

Wish granted; Lawrence and Cooper play a depression-era married couple in Serena, which in fact was shot not soon after Silver Linings. (They are currently at work on another film together with Russell, following his American Hustle in which they shared very little screen time.) Sadly, the pair seem to have left their award-winning chemistry on the first film's dance floor.
In Serena, directed by Susanne Bier (Love is All You Need), the couple have no time for dancing. In an early scene, Cooper, as self-made timber baron George Pemberton, declines a dance with his new wife (Serena, played by a game but defeated Lawrence), telegraphing that all will not be well in their particular paradise. She goes and dances with some other stooge, because Serena always gets what she wants.
She is the rare self-made woman who, as the ad copy says, "soon proves herself to be equal to any man: overseeing loggers, hunting rattle-snakes, even saving a man's life in the wilderness." Check, check, and check, even if the wording "equal to any man" embarrassingly undercuts any feminist intentions. There are plenty of men who can't do any of those things in this faux Smoky Mountains setting (shhh, it's actually the Czech Republic). But such dopey ham-fisted empowerment chest beating turns out to be low on the film's lists of problems.
The Cooper/Lawrence Serena meet-cute is not cute at all, in which Pemberton catches up to Serena, both on horseback in a green meadow somewhere, and griningly tells her "I think we should marry". It's the kind of forced charm/attraction that Gillian Flynn and then David Fincher built the entirety of Gone Girl around. Nevertheless, they - and us - are off and running.
Cut to a scene of a fancy shindig (their wedding reception? Or just a North Carolina mountain dance...? No, that was in fact their wedding reception. Because a few scenes later, someone calls her "Mrs. Pemberton"), cut to them sexing it up early and often, in between darkly lit office scenes of the men-folk talking boring woodland business. But at home with Cooper, Lawrence rocks her bleach-blonde Jean Harlow locks by candlelight in bed, upright, in the tub, and elsewhere. It's all TV-safe eroticism that becomes quickly repetitive. And I don't think that's the point. There was none of this activity in Silver Linings, and yet that was so much more alluring.
Still, I can honestly say that I haven't seen this level of crass female-audience baiting since 50 Shades of Grey. The first thirty minutes of Serena are truly embarrassing in this regard. After that, the film takes a few interesting turns. But in the lead-up, it's all about gratuitously feeding the female audience a series of moments of transparent appeal: Bradley Cooper with his shirt off. Jennifer Lawrence shows up a bunch of men. Bradley Cooper pleasures Jennifer Lawrence. Jennifer Lawrence tells off a dude, and competently saves a guy from bleeding to death. Bradley Cooper defends his wife's honor - not that she needs it. She's just so worth defending, he can't help himself! And just when one would think she's maxed out her girl power card, Jennifer Lawrence trains a friggin' imported falcon to kill rattlesnakes!
Then, the twist. Early on, we discern that Pemberton, previous to meeting Serena, fathered a young child with a local woman whom he never married. As the Pemberton's own pregnancy takes a bad turn, Serena begins to put two and two together about just who this other woman is (was) to her husband, and just how important her baby's well-being is to him. Suddenly, all of Serena's piled-on feminist competence is channeled into everyone knowing just how dangerous she can become, if danger is what she chooses to put her mind to. By the end, there's a D.W. Griffith-esque race against the clock (complete with a train), as Cooper gets to be an action hero (that isn't a raccoon) for a few minutes.
But it's all a lot of pan-fried hokum. No matter how hard Cooper tries, he can't quite sell the accent he's attempting. And no matter how hard Lawrence tries, she can't transcend the heavy muck of all the over-churned drama. There is of course a place in cinema for straight-faced old fashioned melodrama - but it's got to be, you know, good. Serena is either too good at everything, or just oh-so-bad. There's simply no silver lining in these glorified made-for-TV mountains.
Tweet Post Submit

Do you feel this content is inappropriate or infringes upon your rights? Click here to report it, or see our DMCA policy.
Bradley CooperdramaJennifer LawrenceSerenaSilver Linings PlaybookSusanne Bier