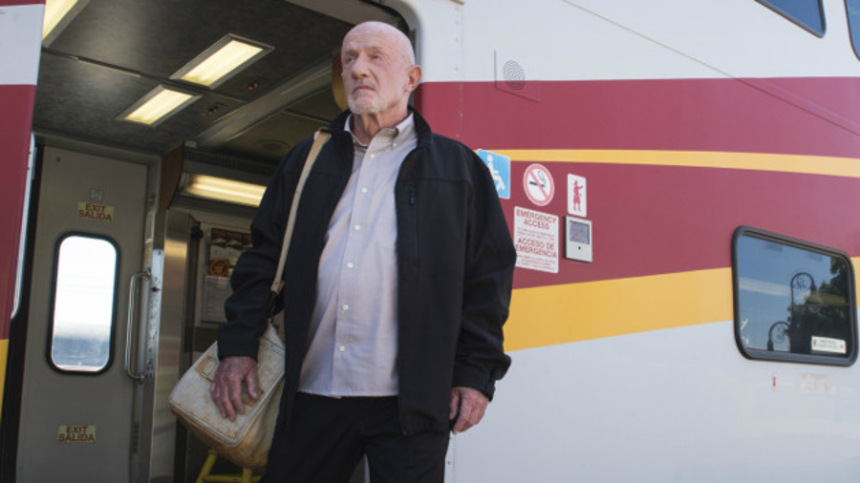 "Five-O" is the Mike-focused episode of Better Call Saul we've all been waiting for. It must be incredibly confusing for those that are fans of Breaking Bad to find themselves watching an episode entirely devoted to a Saul side character, but the narrative so far has done the hard work to make Mike someone you're interested in. And for most of the audience, the payoff this episode provides is something that adds important layers to an iconically stoic and badass character.

From the off, this is the Mike hour, and it delivers in every way you'd hope it would. It's atmospherically shot, dark and spooky with a hard edge, and Jonathan Banks carries the episode with an excellent performance that gets into the emotion at the core of this notably emotionless figure. Jimmy still has a role to play, as he helps Mike by both being his lawyer and allowing him to get a hold of a cop's notebook containing crucial details about the investigation into him.

That investigation? It's all about whether Mike killed two cops closely associated with his son. His son had been killed six weeks prior to the killing of the two cops, back when Mike and his son were still part of the police force in Philadelphia. Most of this is new information about Mike, and it colours his character in really interesting ways, especially as the episode holds onto the mystery for a while, beginning with him arriving in Albuquerque, with a fresh bullet wound to the shoulder and lies to tell his daughter-in-law.

The episode slowly and steadily gets itself to the point where it can reveal that almost everyone - including Mike - on the force in Philly was a dirty cop. His son, who never wanted to be dirty, was killed after compromising to save his skin at the persuasion of Mike, but his death is a result of simply not being convincing enough. He's bumped off by the two cops whose deaths Mike is being investigated for, not for doing anything in particular but for seeming like he might.

That's some seriously depressing stuff, and Mike holds himself responsible even as he kills those who really did the deed. He wears this pain constantly, and it's what makes him so empty. Banks is hugely impressive in the scene where he comes clean to his daughter-in-law, showing a masterful ability as a storyteller in the magnificently-written tale of his son's fate.

This is much more like Breaking Bad than any episode of Saul has been so far. It's pure drama, fuelled by intrigue and dark characters with violence and anger bubbling under the surface. There's little by way of comedy here, and that may be strange if you're coming to this show without having seen what it is a spinoff from. In any case, though, "Five-O" is a remarkable episode of television, paying off on what has essentially been Mike sitting in a parking booth throughout the first five episodes of the show.

Seeing this makes Mike's motivation for everything he does so much clearer. As if Banks hadn't done great work already, we now see just why he's prepared to risk so much for his granddaughter, with her being the only connection to his son that is left. This kind of singularly character-focused episode is really important for deepening Mike as a person and making it understandable why he'll do what he'll do next. And that'll likely mean more scenes with Jimmy, which are already really great. To pull off an episode this wholeheartedly gripping, and maintain its consistency of tone, just serves as more evidence that Better Call Saul is one of the most confidently executed shows around, and a truly worthwhile prequel.

Do you feel this content is inappropriate or infringes upon your rights? Click here to report it, or see our DMCA policy.
Better Call SaulBob Odenkirkbreaking badJonathan Banks