Hugo Ozman
Contributing Writer; Sydney, Australia (@HugoOzman)
Tweet Post Submit
We haven't run these competitions for many months now, but due to popular demand, ScreenAnarchy and Madman are bringing back the massive giveaway competitions.
This month, you have the chance to win DVDs of some wonderful films from different parts of the world:
First Prize (1 winner): A DVD of each of the films in the gallery below
Second Prize (2 winners): A DVD of one of the films in the gallery below
For your chance to win, all you have to do is to follow these two steps:
1) Tell me in 35 words or less which of the films in the prize pack you want to see the most and why, and
2) Email to me at: hugo[at]screenanarchy.com
- Your answer
- Your name
- Your postal address
- Your choice of DVD if you win the second prize.
This competition will close at 5 p.m. on Saturday April 18. -- Good luck! 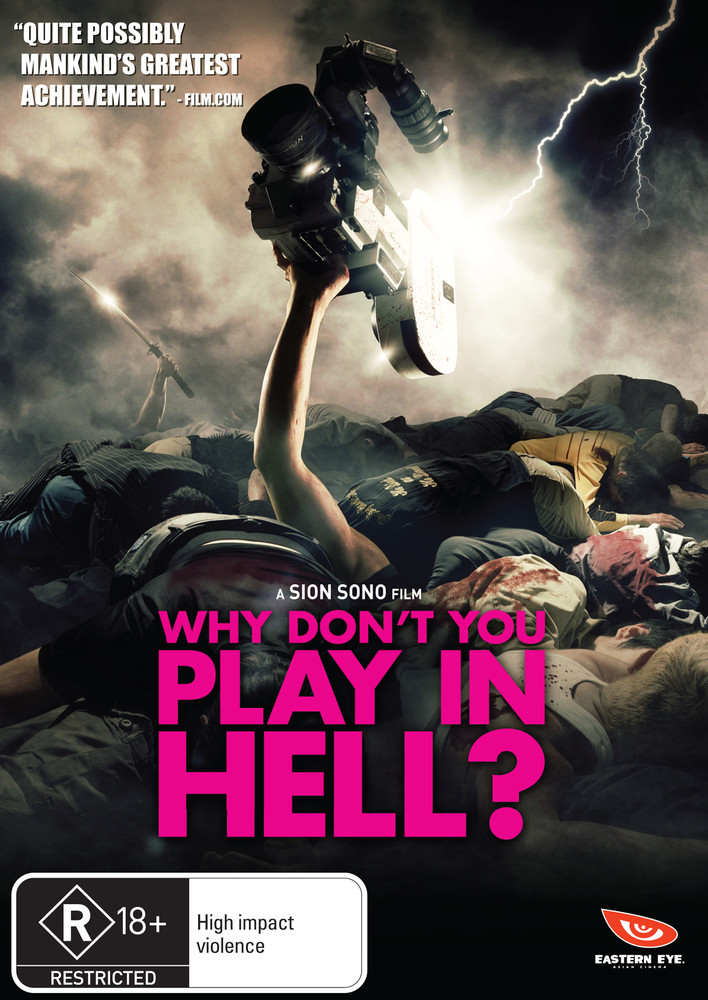 Why Don't You Play In Hell? (Dir: Sono Sion)

Master filmmaker Sion Sono (LOVE EXPOSURE) describes his frenzied, gleeful new masterpiece as “an action film about the love of 35mm.” Based on a screenplay he wrote nearly fifteen years ago, WHY DON'T YOU PLAY IN HELLl? is among Sono’s very best work, as his trademark excess and outrageousness is infused with an affection for the previous century of Japanese cinema. This is Sion Sono with his talent and unique vision completely unleashed.

There's a war going on, but that won't stop the inexperienced but eager wannabe film crew The Fuck Bombers from following their dreams of making the ultimate action epic. Ten years ago, yakuza mid-boss Ikegami led an assault against rival don Muto. Now, on the eve of his revenge, all Muto wants to do is complete his masterpiece, a feature film with his daughter in the starring role, before his wife is released from prison. And The Fuck Bombers are standing by with the chance of a lifetime: to film a real, live yakuza battle to the death...on 35mm!

Endlessly irreverent and wildly, hilariously visceral, WHY DON'T YOU PLAY IN HELL? is a Tarantino-esque ode to the yakuza films of yore, and features an over-the-top, blood-soaked finale for the ages. 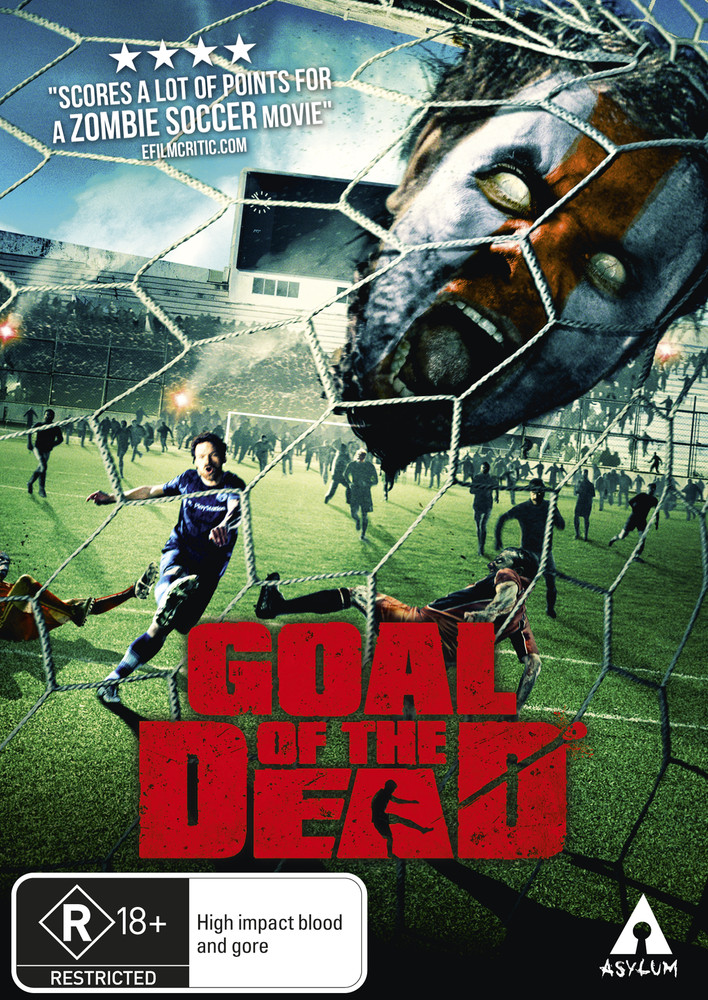 Returning to his hometown for the first time since his big-money move to a major football club, Sam Lorit expects a joyful homecoming and a routine victory before the end of the professional season. But when one of the players is injected with contaminated steroids, it transforms him into a crazed, murderous monster.

As the unknown rabies-like infection spreads like wildfire and turns the small town’s inhabitants into ultra-violent and highly contagious zombies, bitter rivalries are inflamed, and the players, their entourage, and a ragtag band of local misfits are dragged into a brutal game for their lives. Sam is ready to settle the score, but for some, football is a bloody hell. 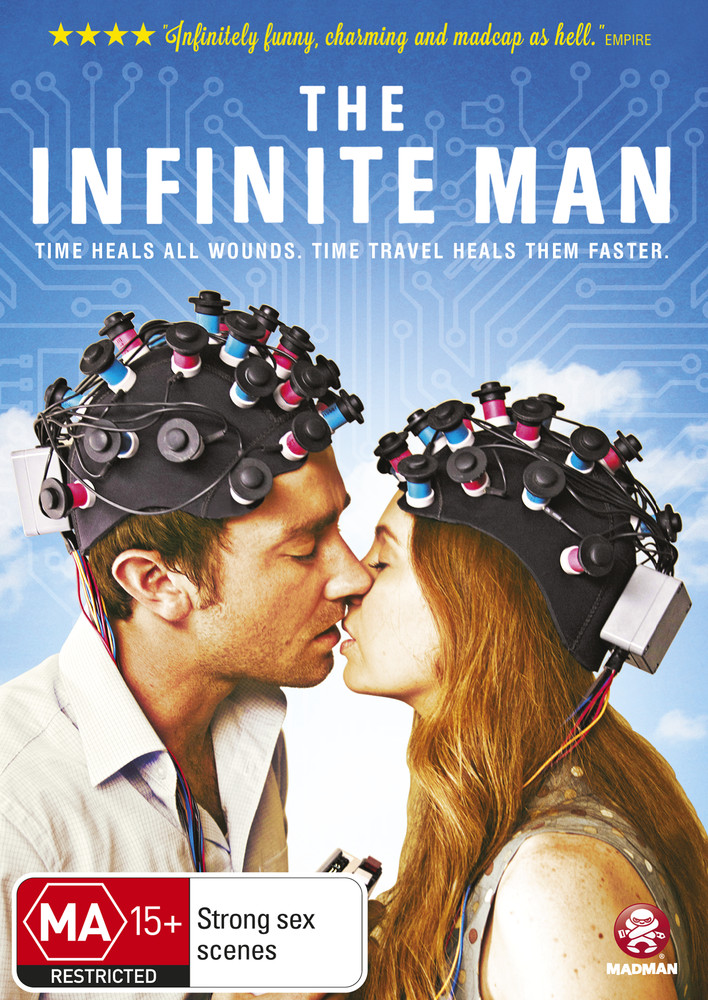 Dean is an inventive yet unorthodox scientist who uses his technical expertise to create grand romantic gestures for his girlfriend Lana. After an anniversary weekend goes terribly wrong, Dean is spurred to his greatest scientific achievement yet: the invention of time travel. However, what begins as a simple desire to change the past and create the perfect weekend soon leads to a tightening spiral of multiple “Deans”, each one in competition with the next. Romantic reconciliation is further complicated when Dean loses Lana in a recurring temporal loop, but can he overcome his many selves in order to save her?

One of the most innovative, clever and hilarious films to come out of Australia for many years, THE INFINITE MAN is, in the words of Empire Magazine,"infinitely funny, charming and madcap as hell." 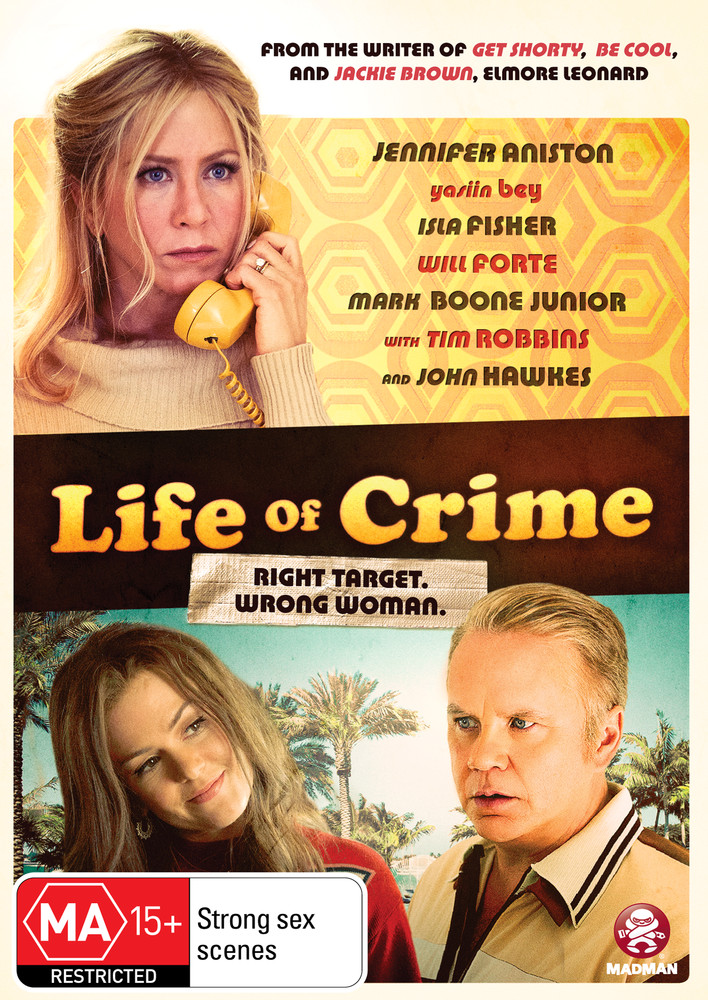 Evoking the spirit of some of the greatest film adaptations of Elmore Leonard’s novels - GET SHORTY, OUT OF SIGHT and JACKIE BROWN - LIFE OF CRIME is a twisty, action-filled comedic gem.

Jennifer Aniston plays Margaret "Mickey" Dawson, a loving, slightly naive housewife whose husband, Frank (Tim Robbins), has been embezzling millions for years and keeping the cash in off-shore accounts without her knowledge. Two career criminals, Louis (John Hawkes) and Ordell (yasiin bey), catch wind of his scam and figure if they hold Mickey for ransom, Frank would have no choice but to pay up big. What they don’t plan on is that Frank is head over heels for his sex-kitten mistress, Melanie (Isla Fisher), and doesn’t want his wife back... 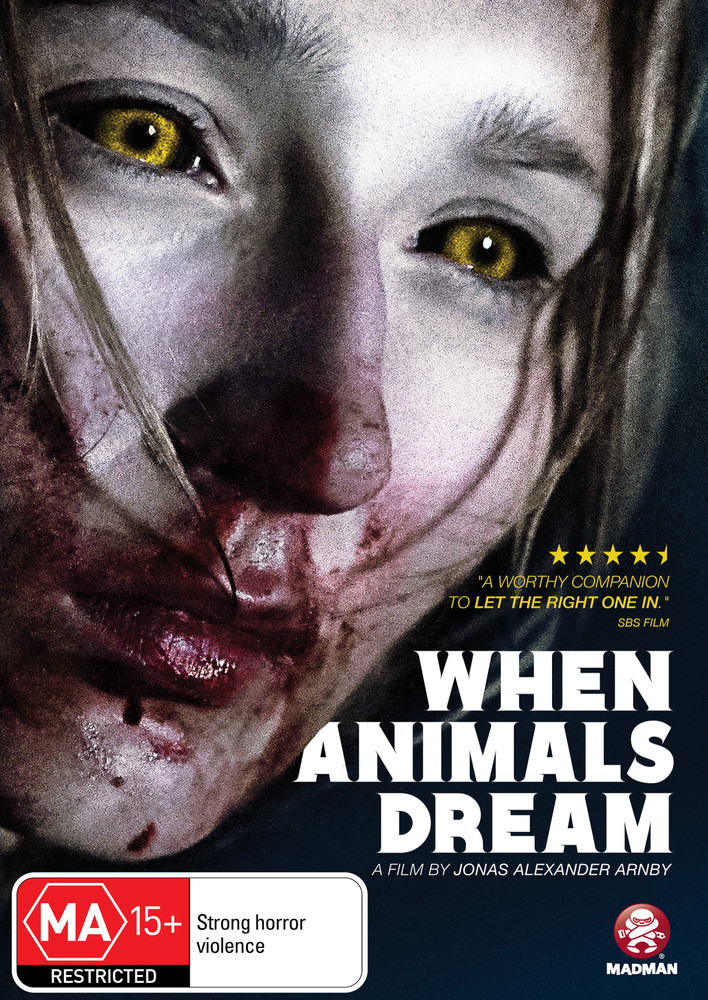 Scandinavian superstars Lars Mikkelsen (THE KILLING) and Sonja Richter (THE KEEPER OF LOST CAUSES) star with astonishing new talent Sonia Suhl in WHEN ANIMALS DREAM, a modern horror fairytale in the vein of stylish masterpiece LET THE RIGHT ONE IN.

Sixteen-year-old Marie lives in a remote Danish fishing village with her father and her heavily medicated, wheelchair-bound mother. She has begun working at the local fish-processing plant, and is harassed by her co-workers. But when Marie's body begins to transform in a superhuman manner, she starts searching for answers, and discovers a long-kept family secret. 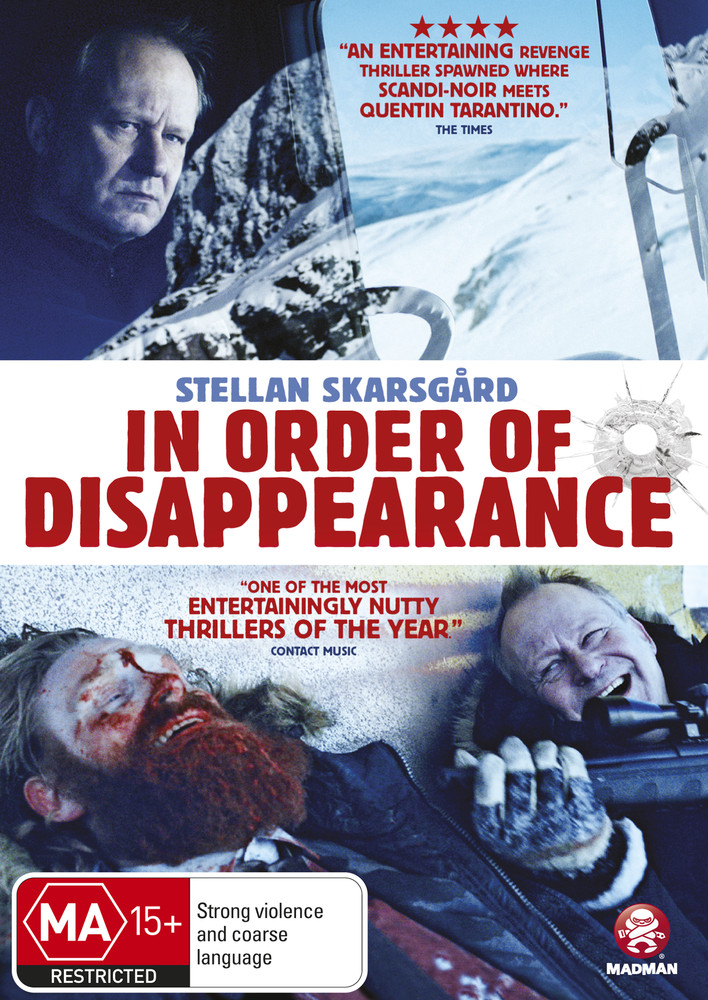 With the blackest of black humour, IN ORDER OF DISAPPEARANCE is a violent, blood-soaked, revenge romp in the snow-covered Norwegian wilderness.

Introverted and hard-working snowplow driver Nils (Stellan Skarsgård) has just been named Citizen of the Year, when he receives news that his son has died of a heroin overdose. Disbelieving the official report, Nils uncovers evidence of his son’s murder—an innocent victim of local crime boss, "The Count". Armed with heavy machinery and a good dose of beginner’s luck, Nils embarks upon a bloody and often hilarious quest for revenge that inadvertently ignites a full-blown underworld gang war, with the body count spiraling ever higher and higher... 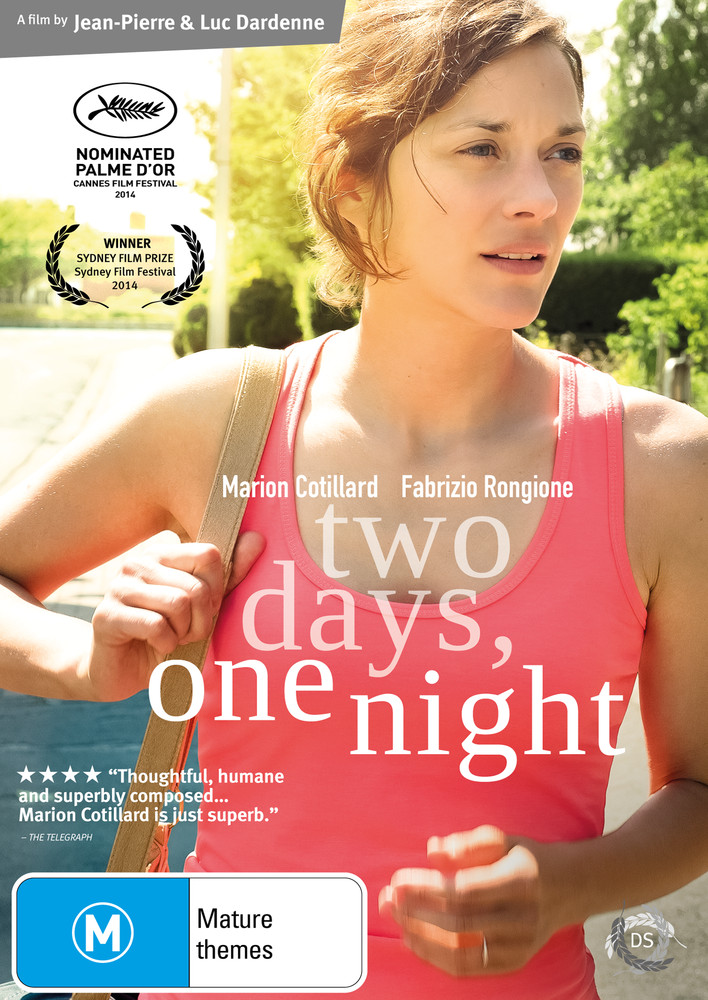 Cotillard is Sandra, a married woman with two children who plans to return to her factory job after a breakdown. Upon returning to work, she’s told that she is to be made redundant while her co-workers will receive a bonus. Sandra’s best friend at work has convinced their boss to hold another vote after the weekend: do the workers want to save Sandra’s job, or keep their bonus? Sandra has two days and one night to convince them.

Written and directed by two-time Palme d’Or-winning filmmakers, Jean-Pierre and Luc Dardenne, TWO DAYS, ONE NIGHT is a raw, human tale about resilience and survival in the modern capitalist world. 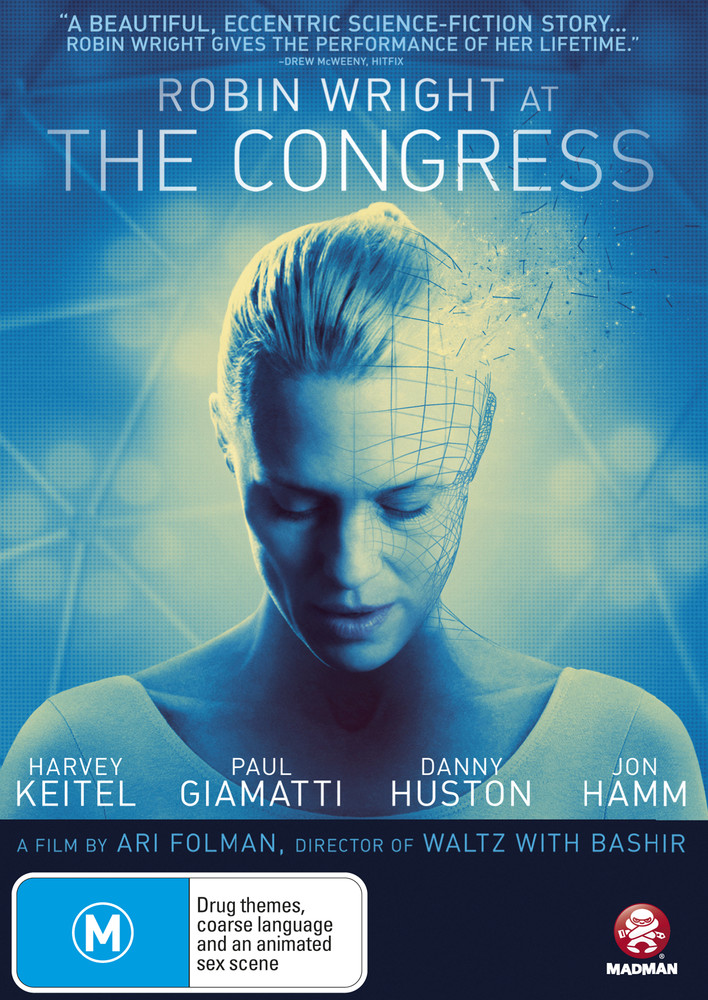 More than two decades after catapulting to stardom with THE PRINCESS BRIDE, an aging actress (Robin Wright, playing a version of herself) decides to take her final job: preserving her digital likeness for a future Hollywood. A Hollywood studio will control her captured ‘image’, and she will star in any film they want with no restrictions. In return, she receives healthy compensation so she can care for her ailing son and her digitised character will stay forever young.

20 years later, under the creative vision of the studio’s head animator (Jon Hamm, MAD MEN), Wright’s digital double rises to immortal stardom. With her contract expiring, she is invited to take part in ‘The Congress’ convention as she makes her comeback straight into the world of future fantasy cinema. 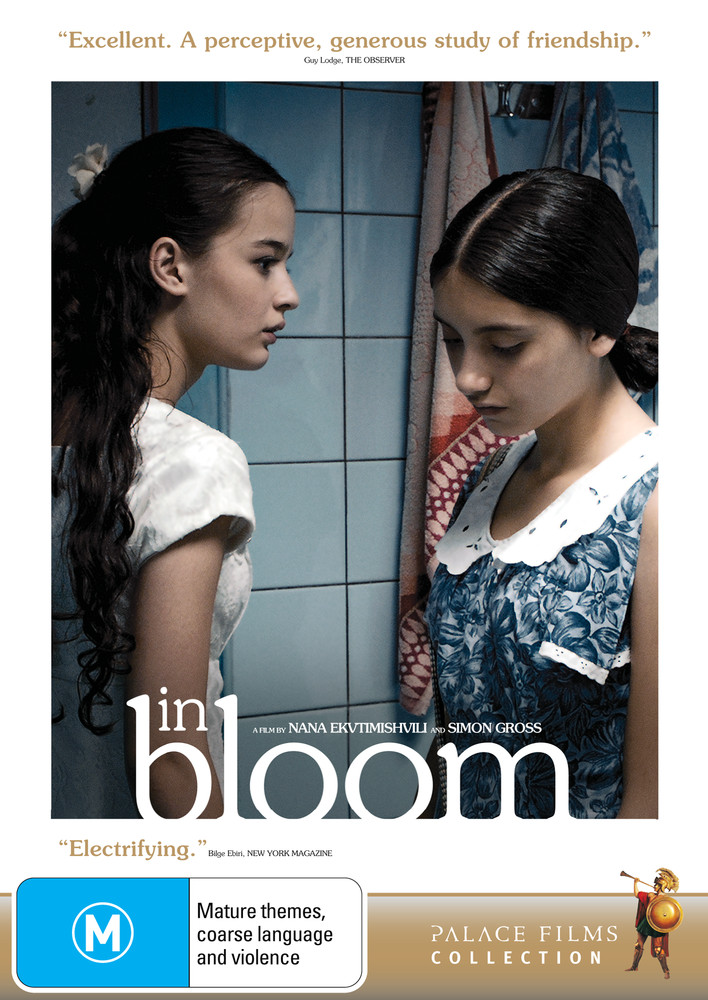 IN BLOOM is a powerful story of two young girls navigating the oppressive familial and societal expectations of post-Soviet Georgia. Tbilisi, 1992: the newly independent state must fend for itself, even as civil war rages in the provinces. For 14 year-old best friends Eka and Natia, their childhood in the run-down city has come to an abrupt halt, as insecurity and fear of what the future might bring bleeds into everyday life.

The introverted Eka lives in a book-filled apartment with her dismissive, boy-crazy elder sister and her preoccupied single-parent mother; precocious Natia lives in the chaotic atmosphere of a cramped apartment with her extended working-class family, dominated by her alcoholic father. But like most schoolgirls, Eka and Natia are far more concerned with life outside – classroom gossip, music, and exercising their budding sexual power over the local boys.

Do you feel this content is inappropriate or infringes upon your rights? Click here to report it, or see our DMCA policy.
giveaway competitionGoal Of The DeadIn BloomIn Order Of DisappearanceLife Of CrimeMadmanThe CongressThe Infinite ManTwo Days One NightWhen Animals DreamWhy Don't You Play In Hell?