Exclusive US Trailer: BROTHERHOOD OF BLADES Brings The Action 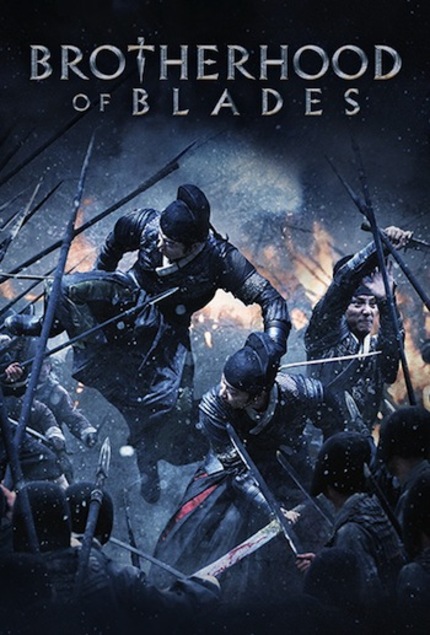 Brotherhood of Blades, director Lu Yang's second feature, is set to hit Blu-ray and DVD next Tuesday, February 10th in North America and we've got your first look at the trailer. I haven't yet seen the film, but the action looks pretty solid, and everything I've read is very positive on that front.

The new Emperor's first mission - find and annihilate the corrupt fugitive Eunuch Wei and his followers.

But one mistake reveals the truth - the three men are pawns in a deadly game, unleashing a CHAIN of secrets, conspiracies, and lethal consequences.

Brotherhood of Blades co-stars Chang Chen, who is no stranger to wuxia, with a string of successful films under his belt. Chang has been in everything from Crouching Tiger, Hidden Dragon to The Grandmaster over the past couple of decades. WIth a seasoned action pro leading the pack, it looks like a fun film at the very least.

Check out the ScreenAnarchy exclusive trailer below!

Do you feel this content is inappropriate or infringes upon your rights? Click here to report it, or see our DMCA policy.
brotherhood of bladesexclusivelu yangmartial artswuxia