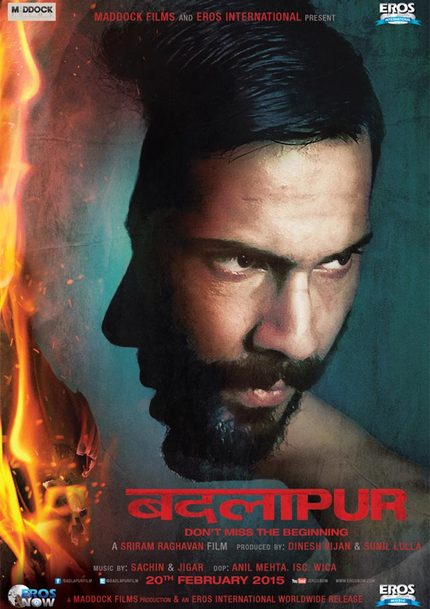 Badlapur opens with a single take of a bank robbery gone wrong. In any other film, this sequence would be a garish mish-mash of flashing lights, loud yelling, and confusion, however, in this world the major faux pas turns out to be what would usually be seen as comic inconvenience. Upon exiting the bank, duffel bags full of cash in hand, the thieves find their getaway car being towed, a disruption of their plan which seems to be solved easily enough with the commandeering of a nearby SUV. However, when that SUV is carrying a young mother and her child, things get complicated, and bloody, very, very quickly.

Upon the death of his wife and child at the hands of these frazzled and somewhat overwhelmed robbers, Raghu, played by Varun Dawan, gets angry. It is a righteous anger, a powerful anger, and most of all, an all-engrossing anger that fuels his existence. Raghu becomes death, the destroyer of worlds; not only his own, but the worlds of anyone who happens to cross the path he blazes for himself in search of vengeance. First in his line of sight, Liak, the hapless small-time bigshot who panicked during the heist and pulled the trigger.

Liak, played with a remarkable empathy by the always impressive Nawazuddin Siddiqui, is a small-time hood looking to make it big. When he and his partner, Harman (played by Vinay Pathak in a more serious role than I've seen him play in a long time), bungle the escape, Liak takes the heat and the jail time in exchange for his half of the substantial ill-gotten gains. Raghu attempts to take out his pain on the wirey Liak immediately following the deaths of his family, but when the local inspector prevents him from doing so, it only lights the fuse to an even bigger powder keg, and everyone suffers because of it.

Even though he's the one who initially suffers through the loss of his family, it's tough to characterize Raghu as an anti-hero. His constantly expanding web of revenge only manages to trap more and more innocents in his long game. Liak's former flame, a prostitute played by Huma Qureshi, Harman's clueless but endlessly empathetic wife Koko, an attorney working for the rights of prisoners played by Divya Dutta, even Harman, who was ready to deliver Liak to save his own skin, all of them face Raghu's retribution, and few of them deserved what they got.

Varun Dhawan is a young actor who hasn't had a lot of opportunities to pla these more intense roles, but he goes for the glory with his portrayal of a man driven mad with the need for revenge. You can tell that director Sriram Raghavan has seen a couple of Korean revenge thrillers, while Badlapur may not pack the manic pacing of that country's signature output, it certainly doesn't skimp on the violence we've come to expect. Raghavan asks a lot of his audience, he asks them to transfer their sympathies from victim to perpetrator and ultimately asks us who is really who. What is revenge if the end result doesn't make the victim suffer? Were all those years spent in vain?

Badlapur is among the finest Indian thrillers I've seen over the last year, and Raghavan's best film in many years. This is a film that can run with the best of international cinema; not too melodramatic, no big production numbers, just an extremely solid and well-paced thriller that plays with the audiences sympathies in a manner that I'm not accustomed to seeing in an Indian mainstream production. If the name of Nawazuddin Siddiqui is still one that isn't familiar to you, I highly recommend that you seek this film out to see what Indian film fans have been yelling about for the last five years or so. The man and his work takes Indian film to a new level, and even though he plays the supporting role in this, he fills every single frame he is in and it's impossible to look away. Badlapur is the real deal, don't let your fear of Bollywood keep you away, you need to see this film.